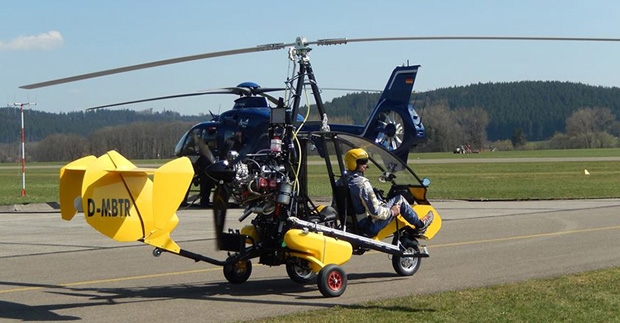 Share http://www.trixyformer.com
Trixy Aviation set maximum safety and maximum mobility at the very top of the criteria list for designing the future of personal transportation in a complex concept named TrixFormer. It is, as a matter of fact, an environmentally friendly, electric driven 2-seat Motorcycle for urban traffic named TrixCycle, which forms the core and the heart of the modular concept.

This motorcycle is planned to be produced in 2 main design lines and many different styles to suit the tastes and the needs of almost any person on this planet. One main design line is a motorcycle with an open cabin formed by a stainless steel frame. The rider and the passenger are comfortably seated and secured with seat belts like in a regular car, but in tandem configuration. The European and many other traffic regulations do not require that users put on helmets because of the higher safety provided by the seat belts. A child is also allowed to occupy the rear seat. Even a baby or an infant may be driven in the rear seat if secured in an adequate child seat behind the driver. Equipped with a specially designed multifunction dashboard, all information needed for the road, including street navigation and battery management, are available to the driver at a glance and the screen is readable even under direct sun light.

The other design line is an enclosed motorcycle with a heated or an air conditioned cabin made of modern plastics and composites. A clever design of the glass roof in the front part of the cabin (the canopy) can be partly pushed under the nose of the vehicle. Only a windshield remains visible to protect the occupants from insects and debris. This allows fresh air rides in pleasant weather conditions and can be considered an emergency exit if needed.

The enclosed cabin of TrixCycle is equipped with support wheels, which are automatically dropped down, when the motorcycle slows down or comes to a complete stop. Two integrated, removable luggage containers are fitted left and right of the rear wheel of the motorcycle. These are compact size, but large enough to carry necessities for two for a long weekend getaway. The basic equipped TrixCycle may fit limited budgets but offers a true personal mobile usable under almost any weather conditions.

With options like hand crafted leather seats, Bluetooth mobile phone connection, voice activated stereo, cruise control and cup holders, the motorcycle can beat the luxury of any limo in a compact format suitable for crowded cities and urban traffic.

TrixCycle is equipped with a unique, patented docking system, which allows coupling the compact motorcycle with several devices. The unique docking system raises TrixCycle to an unmatched level of engineering. It transforms the simple motorcycle to an airplane (TrixPlane), a gyroplane (TrixGyro), a helicopter (TrixHeli) and even to a boat (TrixBoat).

Flying vehicles have been around since 1930, but never found their place in daily use for obvious reasons. Apart from being expensive, bulky and not practical in the stop-and-go traffic we face today almost everywhere, there is no reasonable explanation for folding wings and transporting them everywhere you go. The current aviation regulations permit take-offs and landings only in airfields, airports and registered helipads. This means that the flying vehicle or the “roadable” aircraft has to return to the airport for take-off. These regulations are not likely to change, but may even get tougher in the future. The TrixFormer concept is designed with reality in sight. The aircraft is designed to wait in the hangar at an airport, while the compact TrixCycle is swiftly maneuvering its way in the heavy street traffic. The user does not have to buy an expensive and complex aircraft to drive to work on a daily basis, when he or she may need to fly a couple of hours every now and then.

TrixPlane, TrixGyro and TrixHeli are designed for sharing and rental programs. Several TrixCycle users may share an aircraft and use it for their long distance trips or for fun. Car rental companies may also extend their rental programs to offer rental docking aircrafts in the near future. This may give TrixFormer users the opportunity to choose the right aircraft for the mission of the day.

Modern navigation and modern air traffic control systems, such as WAAS (Wide Area Augmentation System) of the USA, EGNOS of Europe and MSAS of Japan, will add value to the TrixFormer concept in the very near future. These systems are designed to fly aircrafts by computer using GPS navigation enhanced by specially designed ground stations and electronic communication between air traffic control centers and autopilots installed in every aircraft. This will eliminate human error and insure a higher level of air traffic safety for an unlimited number of aircrafts in the skies, wherever coverage is available. The modern air traffic control systems are already highly advanced today and provide precision approaches to any air field within the covered areas.

Trixy’s docking system also allows docking TrixCycle to a converted railway freight wagon (TrixRail), which can be attached to any passenger train behind the locomotive or at the tail of the train. TrixRail provides electric power to 24 TrixCycle units in one rail car. The batteries are being recharged while travelers are seated comfortably in the attached passenger rail car. TrixCycle is then ready to complete the mission on the road after undocking at the rail way destination.

Traveling on rails offers an economic and comfortable way for travelers, who want to keep their feet on the ground and allow them to take their TrixCycle far away from home. There is no need to park, carry luggage to and from the train or go through the hassle of rental cars wherever the destination may be. Railway docking also guarantees completing travel, when bad weather prohibits flying.