This is not the latest creation of an attractive electric car from a new company still unknown, but […] 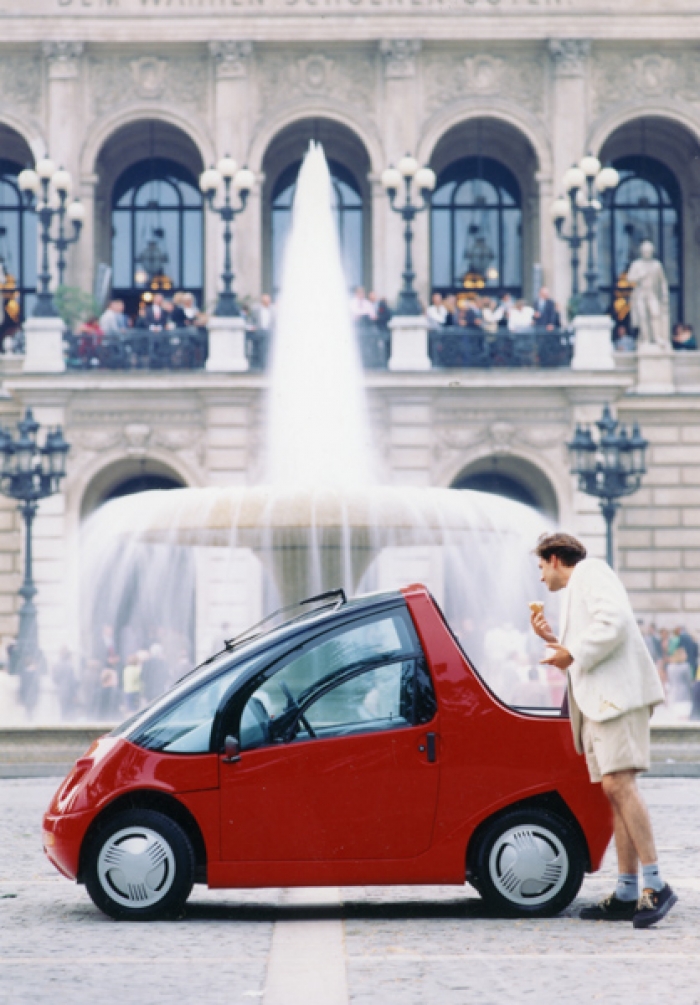 Share
This is not the latest creation of an attractive electric car from a new company still unknown, but a strong commitment to early nineties of the last century of a silent and attractive future car with all its well-crafted details. The German Hotzenblitz was too good to be true and was born to early.

Once upon the time there was a small, only 2.7 meters long car, with an inside which could hold up to four seats, or only two seats to have all the rear part abvailable for load. It could also undress from part of his roof, leaving a portion exposed to the sun to shine to its occupants. He had a large curved windshield inward, two doors and a glazed rear tailgate. Finally, a large space of windows and little body shapes made of carbon fiber.

Under its short bonnet there was a AC motor that could be forced up to 16 hp, powering the front wheels. The hood was characterized by a new design of very small halogen headlights in the prototype, later replaced by conventional headlamps, embedded in the body in its final version. The rear, instead of taking only a bumper and a trunk, was part of a great system of sliding carriage, so we could open the bottom out and charge all purchase. Above there was still room for two crates of drinks. It is clear that our protagonist also wanted to please women and be useful in their thousand and one daily chores.

Thanks to a zinc-bromine battery, very new at that time, part of the lower part of the body and maintenance-free, the car could achieve respectable speeds up to 120 km/h, with a range that touched 200 kilometers, before, through an on-board charger, the user had to recharge the battery.

The father of the child, the German Thomas Albiez, proposed in 1989 to revolutionize the car market with this new model. No conventional concepts accepted to sell us as the only valid. It was time to present something new and, above all, show that this was an entirely feasible prototype, both in its construction and in its enjoyment, without any gaps.

Part of a story written by V. Christian Manz in the early nineties

The American Max Kite, looking for the history of the railway station Serón at Almeria (South of Spain), sends us this photograph of a unique car…

The Evovelo Project Mö Does Not Continue

We regret to announce that, after almost 8 years of development and efforts to offer a simple solar autonomous alternative to private transportation,…