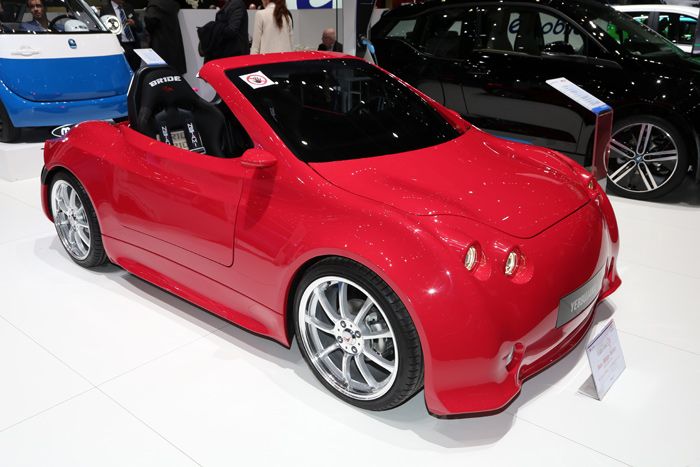 Share http://www.powerplaza.com
The Southcorean company Power Plaza likes to demostrate with the Yebbujana two+two seater coupé what is already available for such a smoothy sport car: 200 km/h and a range of more than 750 kilometers.

The Yebbujana S4 is the fourth model of Yebbujana series, newly developed from the previous two-seater coupe to the upgraded hatch back style (2+2 seater). According to customer’s choice, battery can be now equipped with up to 81kWh and it’s possible to drive up to 750km on a single charge.

Battery Module(BBLI81V/30A) and BMS(BPS-13S-BU) has developed with its own technology. The charging system using Onboard Charger(OBC)has adopted 220V system that can be charged from common household and a standard charging system for electric vehicles. And it is also possible to implement faster charging method using three-phase 380V.

Yebbujana body is with 100% carbon fiber which is a material of airplane or spacecraft for the lightness. The ultra light car body is five times more stronger than steel against physical impact. The body has a impact bar which is equipped with a bumper to ensure the safety and is manufactured by Hankuk, the number one carbon fiber manufacturer in Korea.

Powerr Plaza is studying the possibility to offer these cars in a small series starting in 2017 for between 33.000 and 47.000 Euros depending the model.