As early as 1896, electric taxis were humming through the streets of London, the hummingbirds, as […] 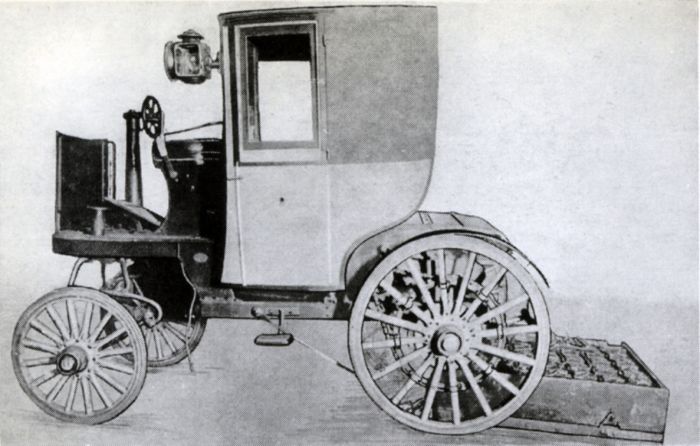 The Eternal Cycle: Electric Taxis, then and now

Share www.vchristianmanz.com
As early as 1896, electric taxis were humming through the streets of London, the hummingbirds, as they were affectionately called by the inhabitants, did not smoke and did not leave dung on the asphalt. And they were also quiet.

The drivers could pay some dividends to the London Electric Cab Company, owner of most of these taxis. The basic model was from Bersey, with an American Lundell engine, and a patented battery changing system - the batteries slid out in their box with small wheels and a new box with fresh units slid back in. The E.P.S. lead batteries with 170 ampere hours lasted up to 80 kilometres. Of course there were problems, where not, and later gasoline-powered taxis were preferred, although it was repeatedly pointed out that the electric vehicle was unbeatable in the city. As late as 1927, an electric taxi from the Krièger company was awarded a prize. It had been in service for 24 years and had covered more than 288,000 kilometres without breakdowns with its first batteries.

In Germany, electric taxis were mostly sold privately to small entrepreneurs who then ran the vehicle 24 hours a day, with three drivers taking turns. The batteries belonged to the central power station, i.e. the energy company; they were leased. Each driver was responsible for his pack of batteries. Up to 32 km/h could be reached, with less speed the models could go up to 100 kilometres. Many of the electric vehicles reached hundreds of thousands of kilometers without malfunctions.

In France, the Automobile Club organised a competition for taxis in June 1898 - and three days later the country's first International Motor Show. The vehicles had to circulate in and around Paris for twelve days, covering at least 60 kilometres a day, before getting ready for a trip to Versailles on the last day. 16 electric taxis and one gasoline vehicle took part. All of them drove far more than the prescribed kilometres; the Peugeot with its smell, noise and high fuel consumption was only smiled at - and not even considered for the awards - something like this would never catch on in the city!

The USA was also sympathetic to electric taxis. In 1896, the first 12 units of the Electric Carriage & Wagon Co in New York still drove with the steering on the rear axle, while the drive via two electric motors of half a horsepower worked on the front axle. As early as 1897, the newly founded Electric Vehicle Corporation wanted to introduce electric taxis in all major American cities; the plan called for over 12,000 units. The gasoline cars were attacked by means that were not always legal; the company wanted a monopoly position in the taxi business with its electric vehicles.

In 1915 there was still a whole fleet of electric taxis in various large American cities, and important customers such as hotels, clubs and restaurants praised the initiative. In the twenties, it was the Rauch⟪ vehicles that still drove far into the thirties. In those years, there were also electric taxis in Europe, such as the DEW from DKW founder Rasmussen in the 1920s, a lightweight vehicle made of multi-layered plywood, which weighed just 900 kg with batteries. The more than 500 units built could be recharged at charging stations distributed throughout the country, just like the numerous electric government vehicles. Another model came from the Elite company. At the 1937 World Fair in Paris, there was not only a miniature electric train, but also a number of Renault Celtaquatre convertibles converted to electric for travel to and from the various pavilions.

The road to today is long, in the post-war years electric taxis reappeared, they were on the spot during economic crises and oil embargoes, and in modern times they are in the hands of environmentally conscious small entrepreneurs who continue the business benevolently with good experiences. If Hyundai and Uber are to be believed, the electric taxis will soon blow up.

Recently many users of taxis confirmed they would be willing to pay higher fees for electric taxis... that was already the case in the past, sometimes people queued up in front of a stand with electric taxis, the gasoline powered models were ignored. So the eternal cycle of rebirth, the Sánsara, as the Indians say, is closed.