In automotive history only the ladies who drove gasoline cars are ever mentioned, but there were […] 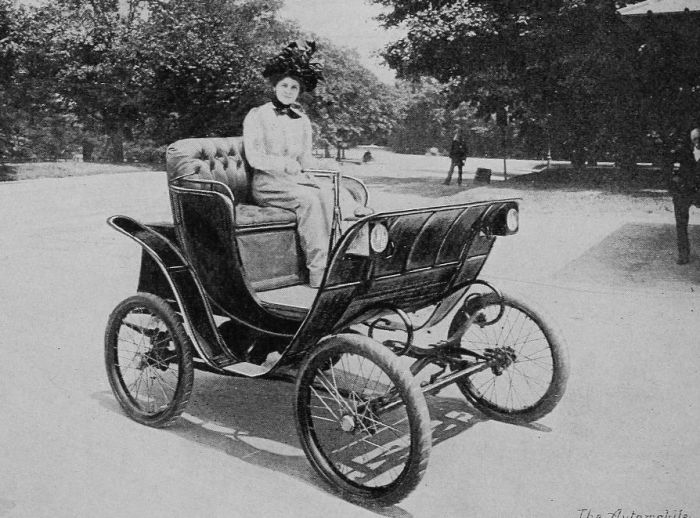 Share www.vchristianmanz.com
In automotive history only the ladies who drove gasoline cars are ever mentioned, but there were also many female drivers of electric vehicles in the last decade of the 20th century. In the first years of the new century, numerous advertisements appeared showing women driving electric vehicles, elegantly dressed, stylishly in silent and easy-to-handle cars that drove off immediately, and did not need a crank to start them. And were also very clean.

Numerous were these ads in the social press of America. First and foremost in Harpers Magazine, McClure's (one of the first magazines that took care of well-researched journalism and reported social grievances and dubious deals of politicians and industry, called muckraking), Cosmopolitan, Country Life in America, but also in Scientific American Magazine.

The most remarkable photo of the ladies' reign with electric vehicles can be found in the 1908 brochure of the American manufacturer Babcock; so many ladies driving an electric car are probably nowhere to be found. The electric Babcock were built in Buffalo (New York) between 1906 and 1912.

The ladies were a good clientele for the quiet and clean vehicles, as they could ride in their elegant robes without fear of getting dirty anywhere. In the advertisements of Baker you could read that the cultivated women's world only wants the best. Well, the fact is that many electric vehicles were sold to the women of wealthy industrialists, but were also gladly driven by men when they were tired of cranking up their gasoline cars. Both Mina, the wife of Thomas Alba Edison, the great inventor of electricity and its components, and Claire, the wife of Henry Ford, were die-hard electric car drivers - and like many others were convinced that this was the future. They didn't want to know about the stinking gasoline carriages.

There were hardly any problems with recharging; either the vehicle was picked up by an employee and placed in a large recharging depot at night - in order to resume service the next day with fresh batteries - or it was plugged into a kind of wall box in the garage, from the old days, but functional. And the cables were never too heavy.

The American company Ohio invented the magneto control, a kind of doorknob that hung on the left side of the handlebars - yes, at that time the steering was still done with a rod that was folded down when getting out of the car-, and the double drive, holding patents on both ideas. With the Magneto Control you could regulate the speed, just like turning a doorknob. The Ohios also had a magnetic brake, just perfect in every detail. And built to last forever.

The simple electric vehicles also made the daily delivery service attractive for many women, who could earn their money with it. Even in the 1930s, there were still offers for women to go shopping in a quiet electric vehicle like the Wilson Bersha Brougham.

The smaller electric vehicles planned in the sixties were specifically designed for urban traffic, especially as a second vehicle with which daily journeys could be made without pollution. A new idea came from General Motors at the end of the 1990s with their attractive EV1 (formerly Impact), the first electric vehicle to be built in large numbers. Charging was simply done via a lightweight, wheatherproof plastic covered paddle inserted into the charge port on the bonnet; the power was transferred via a magnetic field. And although the then American Secretary of State Condolezza Rice proudly demonstrated this device at the time, the Texas president prevented the success of this vehicle. For him it was simply more lucrative to wage war with the Gulf States to guarantee the supply of crude oil for gasoline and diesel vehicles.

It has been proven that recharging the batteries, especially at home, is no problem at all - and thanks to the installation of numerous charging stations at home and abroad, even longer journeys no longer cause any problems. Not even for the ladies - who particularly value quiet, easy driving without pollution. The men have always been a little rougher in this respect. Everything has been there before. And so the eternal cycle of rebirth, the Sánsara, as the Indians say, closes again.