It seems that the first automobile combining an electric with a combustion motor, that means, the […] 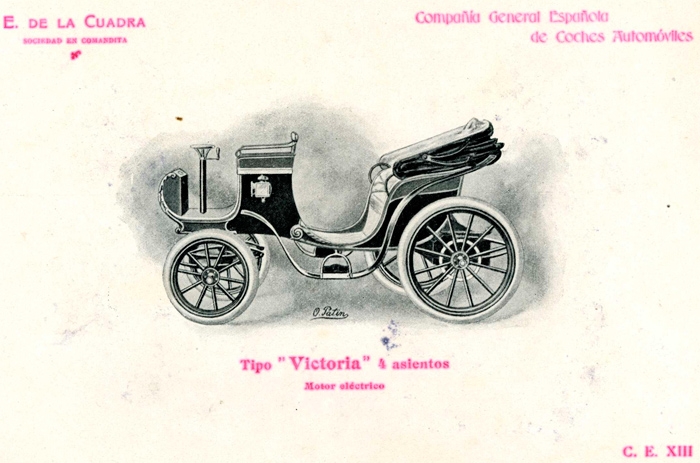 Share
It seems that the first automobile combining an electric with a combustion motor, that means, the first hybrid drive, comes from Spain, only when all the dates we find are correct. It seems so.

In the information gathered about the origin of the Spanish Hispano-Suiza, the main character is the field marshal Emilio de la Cuadra. At the end of 1898 he founded a company called “General Española de Coches Automóviles, E. de la Cuadra, Sociedad en Comandita (Limited Commercial Partnership), with its head office in Paseo San Juan in Barcelona. The military man joined together with the Swiss Carlos Vellino, owner of a company of electric storage batteries also situated in Barcelona in order to start an electric vehicle production.

The historians found all the technical details of his first product range of vehicles. He offered four types of vehicles such as a two-seat car, a van, a five-ton truck and a 20-person bus outfitted with two electric motors between 2, 3 and 15 Kw, respectively, and optionally with a gasoline motor with maximum power rating of 5 CV for the car and of 25 CV for the truck, both connected to a dynamo. The idea was that the internal combustion motor could continually recharge the batteries.

At the same time, de la Cuadra was the representative of German Benz vehicles in Spain. All models had a one-year warranty. But the first registered order was a bus for the city of Barcelona which was tested in 1900 with two electric motors, and one gasoline motor bought in Paris. Vellino’s new storage batteries had a lot of problems and the presentation turned out to be a disaster.

The brothers Henri and Nicolás Pieper of Liège are considered the inventors of the first hybrid car. In 1899 they developed the first hybrid vehicle after having presented an electric car in 1899 and small automobiles with gasoline motors in 1898. From 1899 on, they offered both, electric and gasoline cars or the combination of both. The Pieper versions were outfitted with a very-well working hybrid DeDion-Bouton motor and the Belgians reached to sell a considerable amount of cars of their product range, from private cars to vans. The company was sold to Henry Pescatore who founded the brand Auto-Mixte producing a whole range of industrial vehicles including vehicles with fire protection and hybrid drive buses.

Other pioneers in this field were the Americans. At the beginning of 1899 the Batton Motor Vehicle Corp. of Chicago had developed a test truck with a combination of an electric and a gasoline motor following the Epstein patent. But little is known about this model. Further, among the main characters was the also American company Fischer which developed the first hybrid bus of the United States in 1900. And it seems that the invention worked well.

The hybrid car sector tries to favor each of the several concepts. This is not a new idea which had its origins far-off the automobile sector. In 1890 W.H. Patton displayed a hybrid drive tram in Chicago. A gasoline motor moved the generator which provided the current to the two electric motors and these again transferred the power to the wheels. The storage batteries were placed between the dynamo and the electric motors.

The vehicle on the main photo is electric, not hybrid, because we didn't find any photograph of a De la Cuadra with two or three engines, it seems to be offered but never sold. In fact, de la Cuadra sold better the German Benz cars he represented than his own creations.