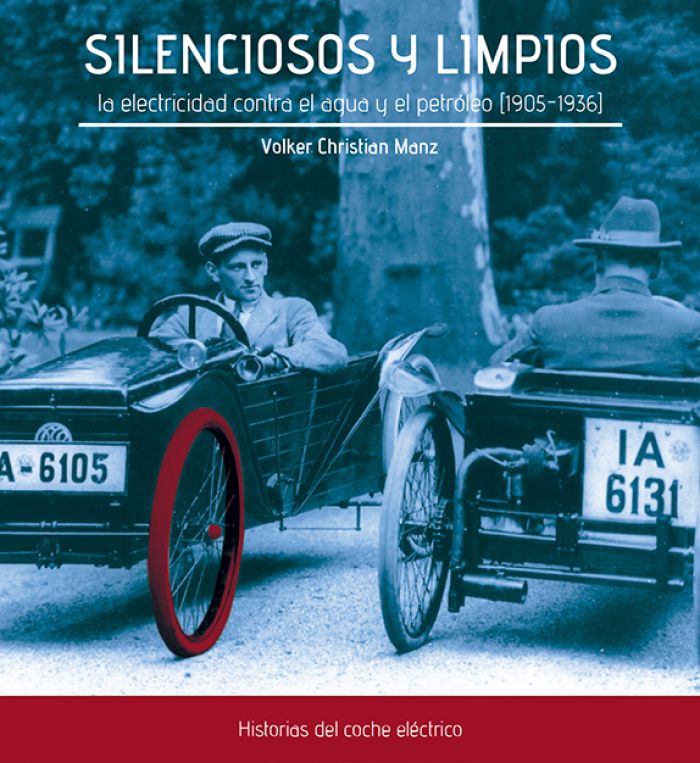 Share
At the end of this month will be available Volker Christian Manz's second book "Historias del Coche Eléctrico" (History of electric cars), entitled "Silenciosos y limpios" (silent and clean), covering the period from 1905 to 1936. The society received nearly 120 years ago a sustainable mobility, without noise and without pollution, but fell exhausted - and deceived - before a mobility that since than only produces dependencies, ecological disasters, illnesses and a bad living in cities with hardly any freash air to breathe. And yes, it has created some super-millionaires, and especially new states and new wars for a hegemony of something that is running out, the oil, the black gold of the last hundred years.

Society in those years could change the use of horse-drawn carriages by electric vehicles, clean and silent. However, it did not have enough initiatives to confront the growing economic lobbies, which thanks to oil obtained much of their achievements. There were no shortage of important institutions that preferred electric vehicles to petrol vehicles, but there was still a lack of sensitivity and willingness to take care of the environment and future generations. In 1860, the American George Perkins Marsh published Man and Nature, a book that collected many of the ideas of the German Alexander von Humboldt, one of the most respected scientists and botanists of the nineteenth century: "The earth is becoming at full speed a home uninhabitable for its most noble inhabitant ... "
You can support me and my articles by donating the amount you want.
I will be very grateful.