It's official, at least on paper: the electric car will replace the gasoline car. This is what […] 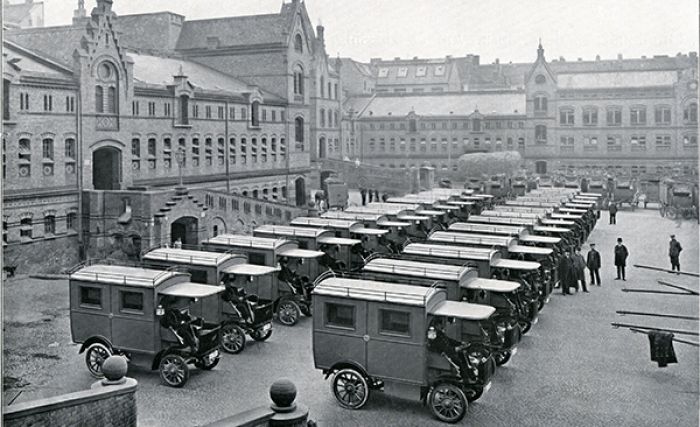 Electric vehicles, a bridge from the past to present and future

Share http://www.historiasdelcoche.com
It's official, at least on paper: the electric car will replace the gasoline car. This is what the Spanish executive says, make it 2040 when you can no longer sell cars that are not electric, and make it 2050 when the circulation of any vehicle that pollutes is prohibited. In this report I will try to create the first, and not the last, bridge between the past and the future, which necessarily passes through the present ...

Throughout history we have gone through several times the idea of an administration or a government to date a substantial change, be it in our way of life, in a technological system or simply to foresee something that could happen. To say a date, as far away as possible, always invites discussions, so it is clear that it serves, at least, to talk more in detail about a particular subject. Talking more about the electric car is always good, as it has been neglected for too long; a key and forceful date awakens passions and helps everyone to take possession of the world and its ideas. It will be a desire, and perhaps a necessity, however, nothing can confirm that it will occur, as no one can know what will happen tomorrow. Many years will still pass, in which, if the prognosis is fulfilled, many things have to happen and many unknowns have to be resolved.

But what we are going to do here is history, an almost forgotten subject when talking about electric vehicles. Forgotten, not at all, and with incomplete information almost always. The more we delve into this fascinating history, the more we can confirm: the information that can be read in the media and on the Internet complement each other when one really searches for information, but they always remain superficial and tendentious in the few historical references that are given to this subject when narrating the evolution of the automobile.

The big companies, both automobile and oil supply companies, are not very interested in talking about the past of the electric car, for them the information only serves to make it clear that the electric propulsion was useless, did not meet the established requirements and probably will never meet them. For these are demands, concepts thought up at that time that have completely changed our approach to reality, for issues such as maximum speed, the characteristic noise of a car or a motorbike, how many kilometres you can drive without refuelling, and so on, are all questionable concepts, we have to ask ourselves whether they really matter. Why should the noise of a motorbike be important? - Does it make us feel better? Do we really need speeds beyond 140 km/h today? And autonomies of between 800 or 1,000 kilometers, if in more than 95% we do not do this mileage in one day. Most of the polluting cars in use today do not even drive 50 kilometres a day.

When oil is already scarce and prices will rise in such a way that only the rich can pay for it, and when air pollution and climate change force us to change our attitude towards a product that produces exactly that: a tremendous dependence on an essence of the earth that is scarce and will never be reproduced, and which already makes large cities uninhabitable despite the fact that they will be the refuge of most of the world's population. If we arrive at this moment it will be too late to be saved.

When at the end of the 19th century - between 1880 and 1899 - large European and American cities were flooded with horse feces (a contamination based on natural products, but which made the streets so dirty that one could not travel without stepping on "the poop"), the problem was solved with the introduction of all kinds of electric vehicles, both vans, trucks and buses, as well as taxis and particular models, all with the aim of reducing the presence of horses in cities, mainly. The idea was very good, since the electric vehicle produced no gases, no noise, and no excrement. The first cars with gasoline engines were also presented, but they threw a lot of smoke, they made a tremendous noise and in addition they could not even guarantee a calm use because, due to the explosions of the mixture of benzine with the air inside their engines, the vehicles were shaken as if they were dogs with scabies.

Nothing recommendable, then. Electricity, on the other hand, slowly entering city houses in those years, promised a much better future. And to solve the many problems that still existed, new concepts were constantly devised. For the heavy lead batteries, new alignments were sought, the first stations for complete battery replacement were created, the batteries were rented in order to transmit any problem directly to the manufacturer, and at the same time lower the purchase price of the vehicle, specific garages with recharging posts were installed to control recharging well, especially at night, and all kinds of services were created to please customers, such as, for example, the collection of the car at night to take it to a recharging station and deliver it with the recharged batteries in the morning before it was requested.

It also created the first lines of electric buses that were recharged at the end of each journey by hooking up to an overhead power line, and the first taxi services, already purchased in quantities and therefore with a controlled recharging service at the headquarters of each company. The idea came to fruition, and could have been the solution for large cities. But the fate of humanity was different: gasoline (benzine) was an extremely cheap product, discarded at first, which, therefore, could become a big business if properly exploited. And from this moment on many millions of dollars were introduced in the perfection of the engines and their components. Those who lived off oil knew that they were working with a product that one day would no longer be available, but as it was estimated that this date would be in about 200 years, left the problem to solve for future generations. These generations are already here, who have to solve the multiple problems that the discriminated use of oil has produced over the years! Air pollution is only one of the problems, the great mass of plastics that flood our seas yet another.

Oil has undoubtedly given the car and the vehicle in general an exciting life, both technologically and in terms of sensations, and supposed freedoms which, if well studied, have not been such, since it has rather created very strong dependencies whose ties are difficult to loosen today. And it has created an immense pollution, which, despite the fact that we don't want to talk about it much, is a real fact and is one of the biggest problems facing humanity today. It is true that at that time they opted for something that could exist for some 200 years, but without thinking of possible solutions, and even without being aware of the great bill that will later have to be paid, and that no one today knows how to do it. The damage caused by the disproportionate use of oil is not even calculable today, from its pollution in the atmosphere to the great natural disasters of its exploitation and distribution. It is not even known with certainty how the large oil wells that have been exploited and "emptied" will be filled - and with what.

Not surprisingly, governments around the world are feverishly looking for ways to curb this exaggerated exploitation and how to offer an alternative that can convince humans. The electric car is not a panacea, but it could be, if we all work on new common solutions that on the one hand accept that electricity has to be clean from renewable sources and on the other hand create a union of many factors in its use, of which the car is only a part. The recharged batteries of the electric cars have to form a symbiosis with the electricity that is needed in other parts, at times of high demand, and also have to be combined with the energy that is needed in the habitat.

The evolution of the electric car since its inception has been constant, and much more advanced than it seems when you read the annals of common history, always giving all the praise only to the advances of cars with combustion engine. It is already more than demonstrated that many technical advances in batteries, electric motors and their components, have been silenced and forgotten in time, for the reason that it always had to be measured with the performance of combustion engine cars, and, above all, its great autonomy. What concretely is not usually said by not interested is that the electric car delivers almost 90% of its energy directly for use, while the gasoline car does not use even 30% of the energy available in its fuel. In other words, it has tremendous losses that cost the user a lot of money.

One fact: Experts gathered in Geneva during the 2008 International Motor Show stressed that electric traction is very important for the future, as its efficiency in the vehicle is twice that of normal traction. They concluded with an impressive example: With a barrel of crude oil a conventional car can make a journey of about 2,700 kilometers, the distance from Lisbon to Berlin. If the same amount of oil is used to produce electricity, the electric car could run about 4,500 kilometres, more or less the distance between Lisbon and Moscow!