The electric car has great future prospects. That’s what politicians predict in the hope that this […] 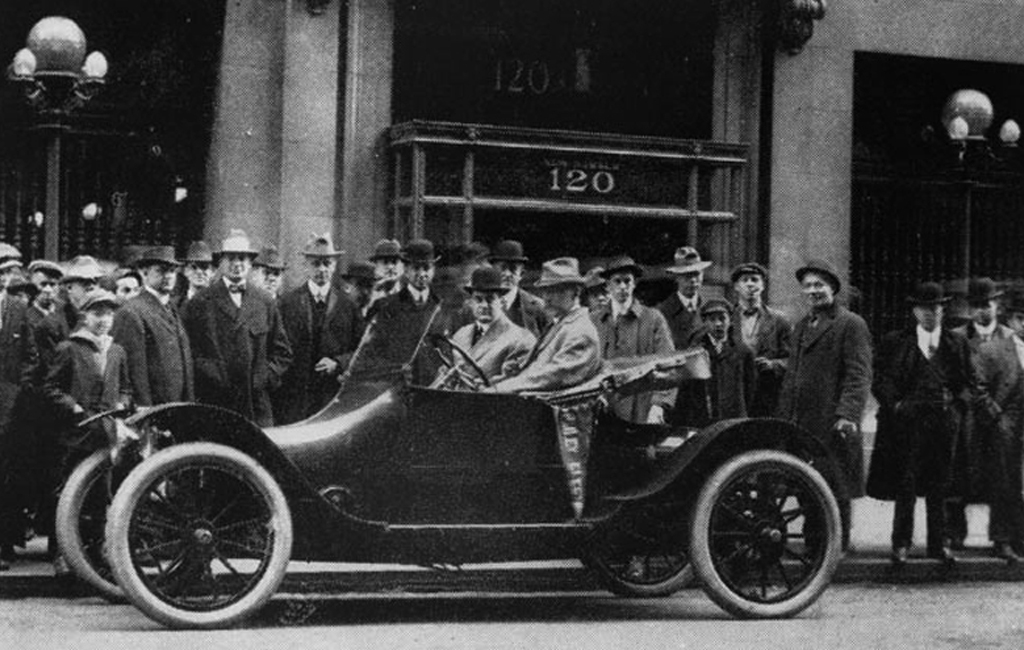 Share
The electric car has great future prospects. That’s what politicians predict in the hope that this propulsion concept could give new impetus to the stagnant economy. The proposals aren’t new at all; they even have their origin in the time when the car was in its early stages of development. If they are carried over to our technological era, the ideas of former times can help to create cars with surprising features.

Around the turn of the century-between the 19th and the 20th century-the car market in the United States was totally divided. The customer could choose between a steam-powered car which was the most economical one on the market, with high top speeds but very slow to start. Besides, it needed great amounts of water. There was also the gasoline-driven car, slightly more expensive, soiling and hard to start but with a great range. Furthermore, there was the electric car, noiseless and clean but slow and expensive. The purchase of a horse carriage seemed to be the most economical solution but print media published detailed cost studies to bring it into bad repute and to proof that a machine is of higher value than propulsion obtained by animals. Already back then, they discussed great environmental problems in the cities due to animal feces which made that city live became more and more unpleasant.

The cars’ success grew in such a way that the government determined its laws and regulations and especially the calculation base for the taxes to be paid, treating equally all existing propulsions. The following numbers are noteworthy in order to grasp the extent of the situation: in 1912 not less than 34.000 electric cars were registered. All this changed in the Twenties when it was decided that cars will be paid according to their weight which left the steam-powered and electric cars in clear disadvantage since these cars weighed more than the ones with gasoline propulsion. This decision paved the way for the exclusive development of cars dependent on gasoline, reducing to a minimum the investment in alternative propulsions.

In 1896 the first electric cabs were introduced in New York as persons responsible considered them a good possibility to reduce the use of horse carriages since the electric cars neither smelled, nor left feces, nor made noise. These electric cabs were operating during four years. After this time they were overhauled in a recharging station where they had their used batteries replaced by new ones, and then back to work again!

In 1906 the “Association of electric vehicle manufacturers” was created, represented by Baker, Pope and Studebaker among others, proofing that the car’s future will lie in this type of clean propulsion. The famous Thomas A. Edison worked feverishly on the improvement of the batteries. “In 15 years we will sell more electric energy for the propulsion of cars than for electricity”, he foresaw. The advances were steadily, the electric vehicles constantly increased their range and power. The battery manufacturers and the electric companies worked hand in glove with each other to improve the features and to pave the way for wide-spread installation of recharging networks.

The electric car manufacturers didn’t hesitate to prepare a well-elaborated publicity campaign to sell their models, stressing their easy-to-handle characteristics even for female hands (in fact, the electric vehicles wanted to contribute directly to female emancipation in one of the last male strongholds). Well-elaborated interiors and people smiling, enjoying their cars appeared on the car scene: a privilege of princes and princesses. The representatives made promotional tours with wealthy customers, passing through city and countryside. A salesman of the Columbus brand reached a range of 112 kilometers which was enough to convince the clientele. In 1906 a new idea came from Connecticut: the sale of an electric vehicle without any batteries and the payment of a fixed monthly charge for maintenance and recharging of the hired batteries. Does this sound familiar to you?

From 1910 on the situation became more difficult. The American population made longer and longer distances by car and therefore many recharging points along the new highways would have been necessary. There were regions where the distance between one settlement and another was too big for the range of an electric car. America is so huge! But the worst enemy of the electric car was-without doubts- the gasoline itself. The discovery of great oil reserves in Texas (the gasoline was a by-product and therefore very economical) and the immediate readiness of the commercials to provide the motorists with gasoline in shops and gas stations left little possibilities to the competitors. The growing network of gas stations were not willing to offer their services to electric cars as well, and the necessary investment in order to create a parallel network of electric recharging points was to high.

Soon, the electric car reached a range of more than 120 kilometers; but what was the use of this progress anyhow compared with the nearly unlimited freedom of the gasoline-driven cars? Besides, the gasoline-driven car attracted with high top speeds. Slow and noiseless driving was not anymore publicity in comparison to the steadily increasing high top speeds of the combustion engine vehicles which also enjoyed the advantage of a very cheap gasoline price. The electric car was about to lose everything. At that time nobody realized that the new freedom concealed great risks for the future.