The origins of this French company go back to 1924 as a light arms manufacturer. After World War II […] 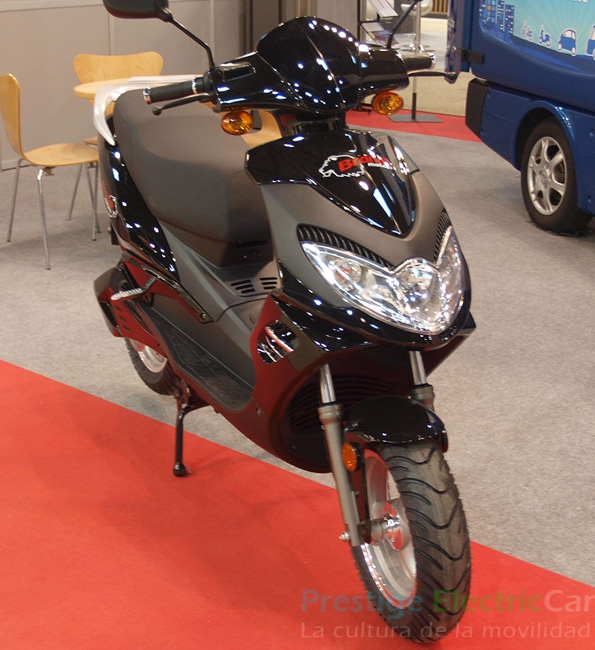 Share http://www.brandtmotors.com/
The origins of this French company go back to 1924 as a light arms manufacturer. After World War II Brandt specialises in a new sector developing recognised know-how of domestic in the area of domestic appliances. With the adquisition of the automotive subcontractor Hotchkiss in 1956, the company entered the world of commercial vehicles. After a reindustralisation in 2011 the company took a new vocation, the production of electric vehicles, bicycles, scooters and commercial vehicles.

Here we like to speak about the electric scooter. It has a range of 50 kilometres and a limited high speed of 45 km/h, so in several countries it can be driven without license. The scooter features an inwheel brushless engine of 1.500 W, integrated in the rear wheel, with a removable lithium-ion battery of 48V/22Ah, rechargable in between 6 and 8 hours.

This motorcycle stands out for its simplicity and durability. Proof of this is a conventional needle screen indicating the battery level and speed and an anti-theft system, and a weight of 90 kilos with a load capacity of up to 120 kilos. It is approved by European legislation to circulate in urban roads and offers two-year warranty. Its price is around € 2,299.