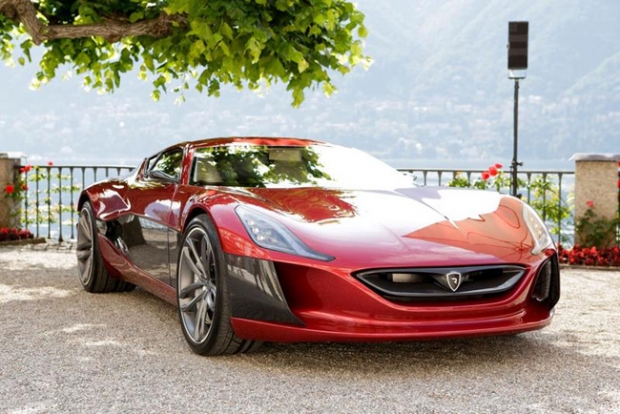 Share
Electric cars from all over the world will race when the Nikola Tesla EV Rally Croatia 2014 is held in Croatia at the end of May (27th to 31st of May).

Competitors in their electric cars will set off on the 850-kilometre long rally on 27 May from the northern coastal town of Pula, before finishing the rally in the capital Zagreb five days later. The course will include five separate legs between Pula, Porec, Rovinj, Icici, Opatija, the Paklenica National Park, Zadar, the Krka National Park, Zadar, Gospic, Smiljan (the birth place of Nikola Tesla), Plitvice Lakes and Zagreb. The average length of each leg is 160 kilometres. Croatia is home to the first ever electric super car, the Concept One, designed and produced by Rimac Automobili.

Nikola Tesla EV Rally 2014th a rally of electric vehicles, the international event with the highest prize money fund in the world. Rally will be held for the first time, in Croatia, from 27th till 31st of May 2014. The idea is that the rally is held every year on previously selected locations which amount to an average distance of 150 km per day from the site starting to the target location, with accompanying program consisted of promotional activities through fun, and with the participation of sponsors, partners and environmentally-minded companies and individuals who will support the project by participating.
It is our intention through the entire project and all its extensions to promote excellence by promoting awareness of environmental protection, energy conservation, sustainable development and innovation which will be attended by companies already present world wide, such as Doking company, and Rimac Concept One.

The goal of the rally is a joint cooperation and integration of partners, cities and tourist offices through which the rally will be the center of fun and meeting of all who live or work in that area. Our desire is to stimulate positive processes in the direction of joining the recent world events in which we will be an active participant and not just a bystander.

The idea is that rally become a tradition, and through it to promote an electric vehicles and green technologies, renewable energy, ecology, excellence and natural beauty of the best local brands and businesses. It is our intention through the entire project and all its EXTENSIONS to promote excellence with participation of some of the companies and individuals who are allready among the best in hight tech and “green tech” world wide (Istrian astronomers Histrohod, Doking, Rimac …).

The expected duration of the event, given the range and charging time of individual vehicles: 5 days approximately 850 km route length. The right to participate have only electric vehicles with and without approval, two, three four-wheel, Nissan Leaf, Tesla Roadster, Tesla S, Loox and XD by Doking Automotive, Rimac Concept One, BMW i3, Mitsubishi Miev, Citroën C-ZERO.

For each vehicle must be paid fee (750 EUR for company vehiclea and teams, and 150 EUR for other vehicles ), each team is entitled to 2 members).