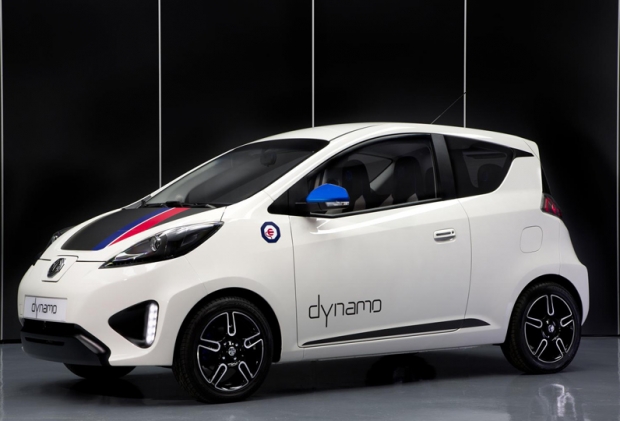 The Dynamo concept EV has been developed in order to fully understand European market demand for a small, electric MG. The concept vehicle is the latest MG to be created at SAIC Motor’s state of the art European Design and Technical Centre (SMTC), located with MG Motor UK, at the Longbridge site in Birmingham. SMTC and MG are both owned by parent company, SAIC Motor; the largest automotive company in China, currently ranked 103rd in the Fortune 500.

Figures announced by the SMMT at the beginning of the month, show MG as the fastest growing manufacturer in the UK, for both March and 2014 year to date.  As the perfect celebration for the marque’s 90th anniversary year, MG Motor UK has recorded the best ever Q1 sales performance, as year to date sales increase by 574 per cent. The success of the iconic British brand is due to the launch of the MG3 supermini, introduction of a high-tech diesel engine in MG6 and rapidly expanding dealer network in the UK. Modern MGs are designed, engineered and undergo final assembly at MG’s historic home in Longbridge, Birmingham.