You won’t find it on your sat-nav, but in Hybrid Town the traffic is 100 per cent Toyota hybrid. […] 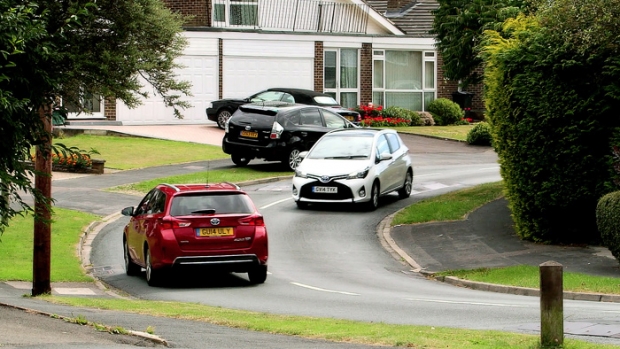 Share
You won’t find it on your sat-nav, but in Hybrid Town the traffic is 100 per cent Toyota hybrid. Welcome to a corner of rural Hampshire where there’s less pollution, less noise and happier motorists.

Toyota was inspired to bring Hybrid Town to life – just for a day – because people in Hampshire have demonstrated an unmatched passion for Toyota hybrids. In the first three months of this year, Toyota calculated that the county achieved the highest per-capita sales of its hybrid models in the country.

From Auris in Aldershot and Prius in Petersfield to Yaris in Yateley, Hampshire hogged the hybrid limelight.

Cue cameras, cleverly switched road signs and a fleet of Toyotas for a short YouTube film capturing the quiet, low carbon, everyday life in Hybrid Town. Far from being fiction, the video hears from some of the happy customers that have made the switch to hybrid and what they like best about their Toyota.

The concept of Hybrid Town may not be that far from reality, as around the world, Toyota invests in research programmes that explore how its hybrid and electric vehicles can form an integral part of a connected community, linking its cars to local domestic power supplies, as demonstrated in a test programme in Japan, and incorporating them in a fully integrated public transport system, as in the newly launched scheme using the i-Road three wheeler in Grenoble, France.