First it was GEM, the neighborhood electric vehicle maker whose low-speed runabouts are equally at […] 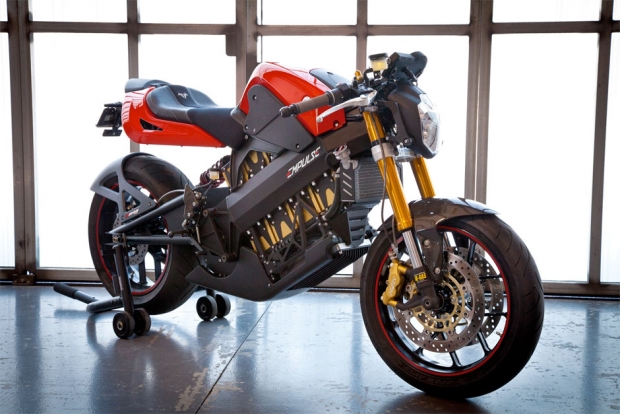 Share http://www.polaris.com/
First it was GEM, the neighborhood electric vehicle maker whose low-speed runabouts are equally at home cruising retirement communities, shuffling across golf courses and patrolling college campuses. Then it was electric-assist bicycles in the form of Minnesota startup Polaris eBikes, which first rolled out at Interbike in 2012.

From its public announcement, it plans to move electric motorcycle production to Spirit Lake, Iowa, where it moved GEM from its home in Fargo, North Dakota.About the time Polaris was acquiring GEM, it became a strategic investor in Brammo. taking part in $28 million funding round. However, sales of its two models of electric street racers have been less than stellar, according to Lanesplitter. While Zero Motorcycles has been rolling out new models and variants on a yearly basis with the financial backing of their own 'sugar daddy,' Invus LP, Brammo is still marketing the same two models for the last five years: the Empluse/R and the Enteria.Like its Mission Motors competitor,

Brammo has shifted its business focus to developing electric drive and battery systems for other manufacturers, allowing its original core business to languish. With the absorption of the motorcycle side of the business into Polaris, Brammo is said to now be free to continue to work on its developing e-drive engineering and supply business, while Polaris will utilize the technology to create its own brand of street bikes, likely beating Harley Davidson's Livewire electric motorcycle into the market.

And where Harley just does motorcycles, Polaris has a wide range of off-road vehicles it can apply Brammo technology into from ATVs to snowmobiles and an entirely different set of customers from the folks who are into Harley Davidson products.As Lanesplitter suggests, it would appear that as a separate brand, Brammo is 'essentially dead.' But behind it is a growing list of competitors ready to take its place.