After years of development, the Belgian Xavier Van der Stappen, in collaboration with IOL Strategic […] 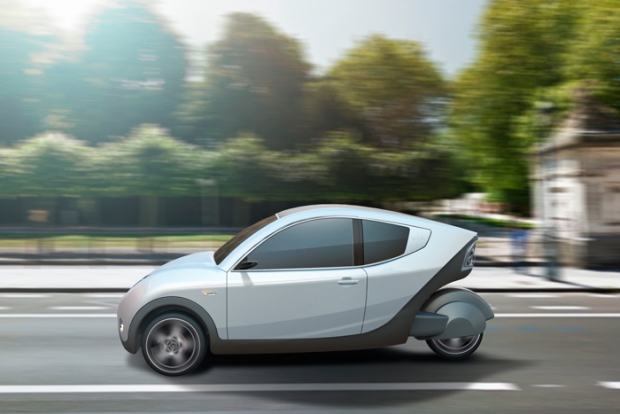 Share http://www.ecar333.be
After years of development, the Belgian Xavier Van der Stappen, in collaboration with IOL Strategic Design by Michael Verleven, and the society ERIPM by Eric Plumacker presents its electric car-concept of the future, the E -Car 333, three wheels with three places.

The idea of a compact tricycle is not new, what we can see in the Portuguese Veeco or different Chinese models, but is an attractive solution for a compact car mainly to be used in the city.

The Belgians presented their car at the Dream Cars Show in Brussels. The idea is a new European concept that can be built locally using local materials and labor for a local market. Furthermore different versiones are designed on the same basis, easy to adapt. There are six versions between family and work, a leisure type buggy, a two-seater roadster, city car for two, three and four people, an elegant hard-top and a van.

The tricycle carrying a tubular chassis made from recycled steel and a body of plasticized linen. Batteries are not rented, but part of the whole, and at the end of his life will be refurbished and sold. The interior is spacious, an example of simplicity and security, as it is the whole car, but above all an example of economy, since it only costs 1€ per 100 kilometers.

The E -Car 333 will be offered in various options, with a range between 150 and 300 kilometers, engines from 15-25 kW, with energy recovery during braking and a recharge in only three hours in any household outlet, or in one hour on a fast charging pole. Its initial price will be around € 18,000.

Xavier Van der Stappen is not a stranger in the world of ecology. journalist , director, designer of biodegradable sea kayaks, sailboats tester, producer, ethnographer, author of 15 books, etc , this Belgian has faced man's relationship with nature. His motto is "think globally, act locally".