The German brand Borgward is back! After many attempts to rebirth one of the most iconic brands of […] 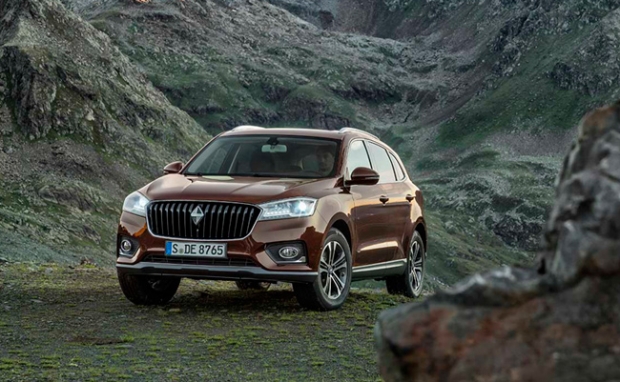 Share
The German brand Borgward is back! After many attempts to rebirth one of the most iconic brands of Germany, Borgward - a few cars in the fifties directly competed with Mercedes and BMW - Borgward was in the 50's the third largest automaker in Germany - because at the International Motor Show in Frankfurt the all-terrain Borgward BX, which will also be supplied with a plug-in hybrid engine, is presented.

The seven-seater SUV, presented at the Frankfurt Motor Show, takes a gtwo liters asoline engine with 224 HP, all-wheel steering and is about 4.70 meters long. Its plug-in hybrid version will have this engine to the front wheels - via a direct-shift seven-speed gearbox, plus an electric motor for the rear axle. The total available horsepower will be about 400 HP.

Notably, Borgward, based in Stuttgart/Germany, will be produce primarily in China, where the company is raising up a large production hall, then export from China to European countries. Brand rights belong to the Chinese consortium Foton, but the soul behind this project is the German Christian Borgward, grandson of the founder of the consortium Carl FW Borgward.

The capital might to be Chinese. All the technology of the new Borgward is modern and trendy, without highlighting anything special, except that the company has big plans for the future: the production of over 500,000 units yearly and launching more models.