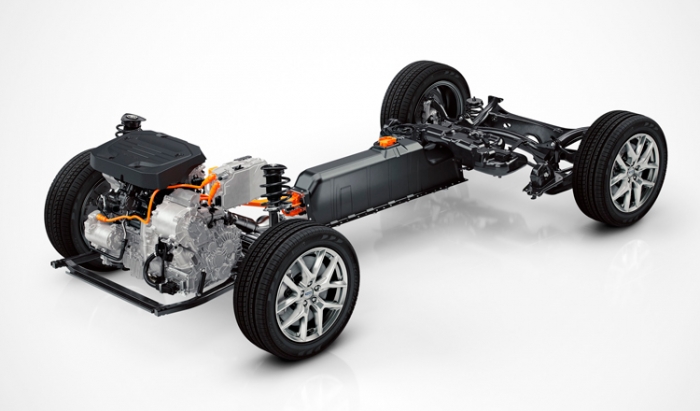 Share
Volvo Cars is to extend its range of compact cars into new segments on its highly-innovative Compact Modular Architecture (CMA), a smaller but equally advanced version of Volvo’s acclaimed Scalable Product Architecture (SPA). The company’s first car on CMA is expected to be launched in 2017.

CMA’s introduction in 2017 means that all future Volvo cars will be built on just two fully scalable and wholly modular vehicle architectures.

The simultaneous development of SPA and CMA has formed the cornerstone of Volvo’s product renewal and growth strategy, which involves the replacement of every single car in its line-up in the next four years and an annual sales volume of up 800,000 cars. This process started with the launch of the XC90 and will continue shortly with the launch of the new S90 premium sedan.

CMA allows Volvo Cars to offer customers of compact cars the same type of premium engineering benefits as owners of its larger cars built on SPA. Shared technology between SPA and CMA will include powertrains (both conventional and new plug-in hybrid variants) and the infotainment, climate and data network and safety systems taking the Swedish car maker ever closer to its vision of no deaths or injuries in its new cars by 2020.

Volvo Cars’ CMA has been designed from the outset to embrace electrification – offering a new Twin Engine plug-in hybrid variant designed especially for the new architecture.

“We are in a terrific position with CMA. We have developed this new architecture as a plug and play component. This means that on Volvo’s next generation of compact cars you will benefit from the advanced technologies available on our XC90 today,”
said Dr Mertens.

At the same time, Volvo Cars, the premium car maker, has announced one of the automotive industry’s most comprehensive electrification strategies in which plug-in hybrids will be introduced across its entire range. It will develop an entirely new range of electrified smaller cars and build a fully electric car for sale by 2019.

As part of this new strategy, the Swedish car company said it expects electrified vehicles to account for up to 10 per cent of total car sales in the medium term.

Volvo Cars will also broaden the range of plug-in hybrid cars it offers with the introduction of a new front-wheel drive Twin Engine variant.

The Swedish car maker will further deepen its product offering with the introduction of an entirely new range of smaller 40 series cars based on its newly-developed Compact Modular Architecture (CMA), which, like SPA, has been designed from the outset for electrification. This makes Volvo Car Group one of very few car makers in the world with two brand new vehicle architectures designed to support both plug-in and pure electric powertrain configurations.

Lastly, Volvo Cars has confirmed that it will build an all-electric car for sale by 2019. Further details of this planned model will be released at a later date.

Håkan Samuelsson, President and CEO of Volvo Cars, said: “We believe that the time has come for electrified cars to cease being a niche technology and enter the mainstream. We are confident that in two years’ time, 10 per cent of Volvo’s global sales will be electrified cars.”