An electric bike with seat for two and most modern technólogy, presented by a company whose roots […] 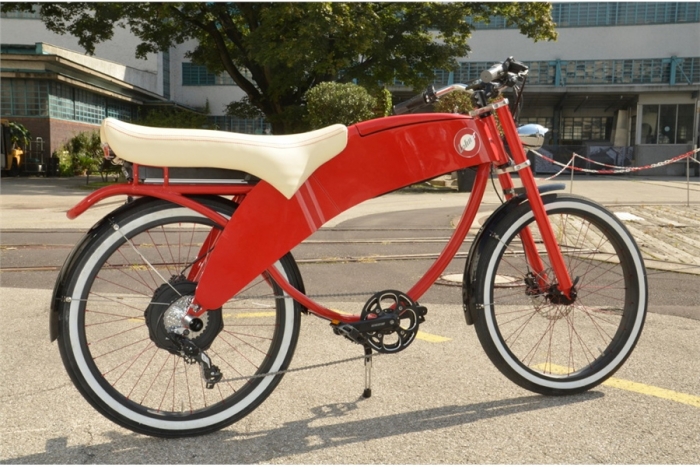 Share http://www.lohner.at/
An electric bike with seat for two and most modern technólogy, presented by a company whose roots in the world of electromobility come from the nineteenth century.

The E-Bike, in all its facets, was invented long ago, the moped is no longer in keeping with the times. So the E-Bike had to be made usable by providing more functionality - and especially by fitting two seats - and the moped had to be redesigned to be quiet and free of harmful emissions. Thus, combined from these considerations, a new class of vehicle emerged: the Lohner Stroler.

What you need today is a city cruiser - passionate, quietly purring. Unique design combines urban lifestyle with emotion and passion, thanks to a high-performance electric drive with purring passion.

You want a vehicle in a class entirely of its own, unique, a two-seater, stylish and sustainable, you will make no noise and give off no exhaust fumes, you can charge it at any electrical socket, and just take the battery with you and recharge it at any electrical socket at home. A two-seater electric bicycle with additional pedal drive and storage space - fun and that designer factor and cruiser-sensation all thrown in.

Lohner is one of the oldest companies of electric vehicles, as Ludwig Lohner in 1899 decided to engage in the production of cars and all-electric vehicles, also experimenting with the combination of electric and combustion engines, that means, also creating the first hybrid models. To perform this difficult feat then enlisted the help of a young man who had studied electrical engineering, Ferdinand Porsche.

Noting the problems with the first electric motors used in vehicles, Porsche drew a new engine specifically for use in cars, installed in the hub of the wheel, which could propel the vehicle directly with the maximum efficiency: the wheels were at the same time driving and steering.

Confirmed from Austria, Ludwig Lohner was the great grandfather of the current starter Andreas Lohner. After World War II, the grandfather of Andreas was engaged in the production of scooters. In 1970, Canada's Bombardier bought the Austrian company, but in 2008 the Canadians decided to withdraw and returned the brand to the Lohner family. Since then Andreas Lohner took the glove and has studied the viabilities of current production vehicles. Finally it was decided to focus on developing and manufacturing electric two-seaters.

You can order the Stroler right away, it will be available in a total range of five colours.