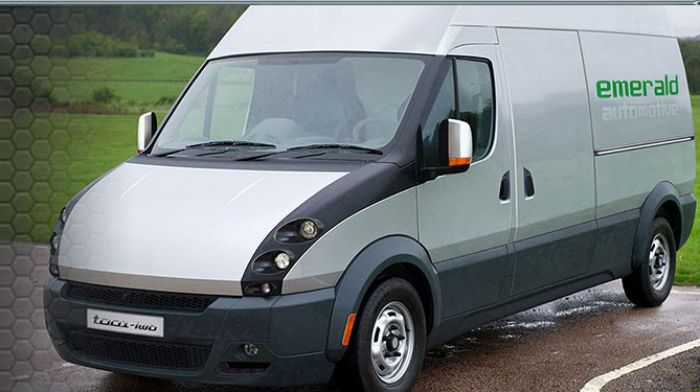 Emerald Van to be built in US and UK

Share http://www.emeraldautomotive.com
The United States Postal Service announced the advancement of Emerald Automotive in the quest to build their Next Generation Delivery Vehicle. In an official notification letter received from the USPS, Contracting Officer Delores Waters writes, “After full review, the Postal Service has determined to include your company as a prequalified supplier for this requirement.”

Emerald, owned by Chinese Geely company, is studying the possiblity to raise up a new plant in some part of the USA to built thousands of their hybrid van, powered by a combination of electric engine, lithium-ion batteries of 25 kW/h and a four cylinder petrol engine generator, offering nearly a 100 kilometers range only in electric and more than 550 kilometros with the petrol engine.

Emeradl also studied to prepare next generation of London Taxi on the same structure. The London Taxi International, also controlled by Chinese Geely, are very interested in replace their black cabs by new Emerald hybrid vans, offering the possiblity to enter the innercity of London where only electric cars and vans are allowed.
TagsEmeraldGeely