The Munich-based start-up company SONO MOTORS presents a prototype called Sion, that they have been […] 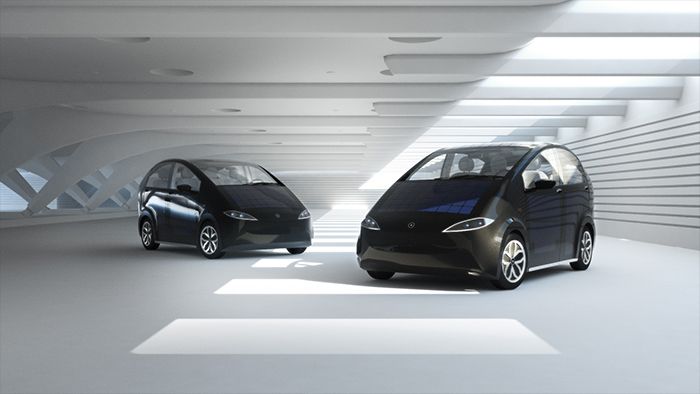 Share http://www.sonomotors.com
The Munich-based start-up company SONO MOTORS presents a prototype called Sion, that they have been developing over the past four years, online on the crowdfunding platform Indiegogo. Thanks to the integration of solar cells, the Sion recharges itself and can provide surplus energy for all common electronic devices.

With a range of 250km, a price of € 16,000 and the integration of solar cells in the body, the vehicle should be of particular interest to middle class people. Over this crowdfunding campaign, funds will be collected in order to reproduce the prototype for crash tests and trial runs. Through a subsequent Presale in 2017, enough capital should be generated for the production of the Sion in compounds with existing automotive manufacturers and suppliers.

The five-door compact van is a pure electric car with a battery capacity of 30 kWh and a fast charge performance with up to 43 kW, so even long-distance and vacation trips pose no problem. However, the striking innovation is a unique self-charging system called viSono which charges the Sion by solar cells through the sun. With an area of 7,5 m² enough electricity is generated, to last for an additional 30 free kilometers in one day. Short: A self-charging electric car.

The Sion can not only be charged with electricity, but can also provide electricity at any time - so it offers a bidirectional charging. The Sion is thus a mobile power storage. Using a household plug, it is possible for current consumption of all common electronic devices with up to 2.000 watts.

A maintenance system called „reSono“ guarantees favourable maintenance costs due to inexpensive spare parts. At reSono an instruction catalog and a tutorial video will be provided, intended to guarantee that even a layman can install spare parts into the vehicle without major automotive knowledge. But that does not mean the customer has to repair the Sion alone. The royalty free disclosure of the workshop manual is to enable brand independent car-repair shops all over the world to repair the Sion. This results in a very well developed service network from the very beginning, which guarantees you a cost-effective repair of the vehicle. The customer can simply go to the repair shop around the corner with the Sion.

With the launch of the crowdfunding campaign, supporters have the opportunity, besides the usual, low donation rates, to have a non binding preorder of the Sion for € 100. Therefor a test drive with the Sion will be provided in early 2017, at which the everyday suitability is to be demonstrated. Enough capital should be generated through crowdfunding for the production of several production ready prototypes. After the test drive, each donor has the choice of buying the Sion. This pre-sale strategy should enable the production of the Sion in large quantities together with existing automotive manufacturers and suppliers, so our own production site won‘t be necessary.

Planned delivery of the Sion will be 2018.