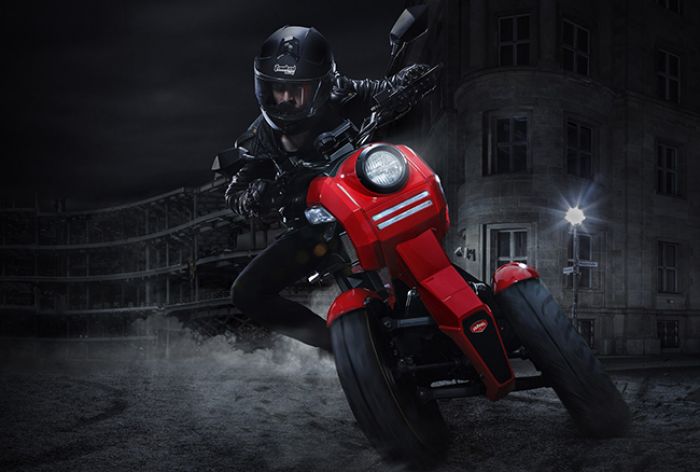 Share http://www.doohan.mx
The Chinese company Doohan has been crowdfunded through Kickstarter the production and sales of its new three-wheeled electric tilting motorcycle. In the absence of several days for complete the Kickstarter Crowdfunding Campaign, the company has already raised twice the required background ... the bike is to be manufactured and will soon be on the US market first, and then on European markets.

The Doohan iTank uses a Bosch engine to the rear wheel, with 1850 watts and 128 Nm of torque, which allows accelerating in 4.6 seconds from 0-45 km/h, the limit of this bike as a matter of law. The most sensational of this model is its two-wheeled front axle, which gives a lot of stability, and the special suspension allows the bike leans on turnsm it's a tilting vehicle. Only the top, the front axle remains firmly on the ground. This will give a great feeling of driving a motorcycle, while high cornering stability.

According to those who have already tried this bike, they say, this is a really insanely fun driving. The iTank 2.0 represents all things right and on-trend: Electric vehicles, attractive industrial design and hyper-personal mobility are due to disruption, ahead of his time and very striking.
TagsDoohan