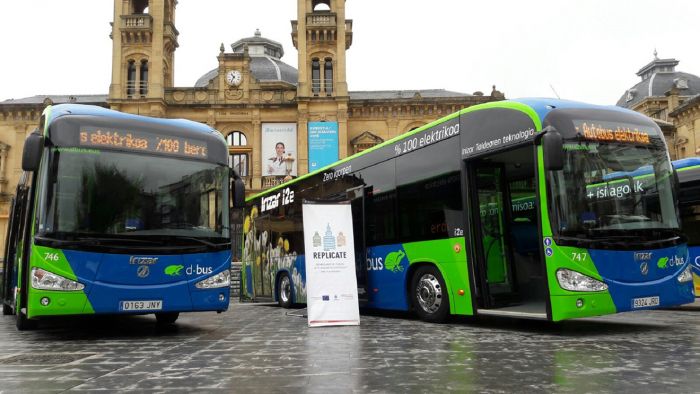 Share
The worldwide fleet of electric buses reached approximately 200.000 in 2016, nearly 198.000 of them operating in China. This is due to the Chinese government policy by creating programme for the introduction of "new energy buses". They aims to produce 1.670.000 electric vehicles, including electric buses, in 2020, and creat about 1.200.000 jobs every year. This will be a great example for the European markets and politicians.

The Zero Emission Urban Bus System project from Europe just published the ZeEUS eBus Report, revealing that in Europe about 19 public operators and authorities in 25 European cities have a strategy up to 2020, expecting to have more than 2.500 electric buses in service, representing an 6% of their total fleet of about 40.000.

Meanwhile, more than 13 public transport operators and authorities in a further 18 European cities have a strategy up to 2025; by then, they are expected to have more than 6,100 electric buses in service, representing 43% of their total fleet of 14,000.

The Report also includes a market analysis conducted among bus manufacturers, which illustrates that a European series production of electric buses should reach full maturity by 2018-2020. These developments all bode well for the uptake of fully electric buses in the near future, since demand and supply are now beginning to converge.

The Report gives an extensive overview of the electric buses in operation in Europe today, along with the different solutions available on the market, featuring 61 cities around Europe that operate or test high capacity e-buses (at least 12m long or with capacity for at least 55 passengers). The publication also lists 27 manufacturers that offer this type of vehicles for the European market.

In terms of scale, Europe follows Asia with over 1,300 electric buses delivered or on order. This figure includes battery buses (overnight and opportunity charged), plug-in hybrid buses and trolleybuses with batteries for off-wire operation. The greatest number of electric buses of the above types can be seen in the United Kingdom, with over 18% of the total European fleet, followed by the Netherlands, Switzerland, Poland and Germany, with around 10% each.