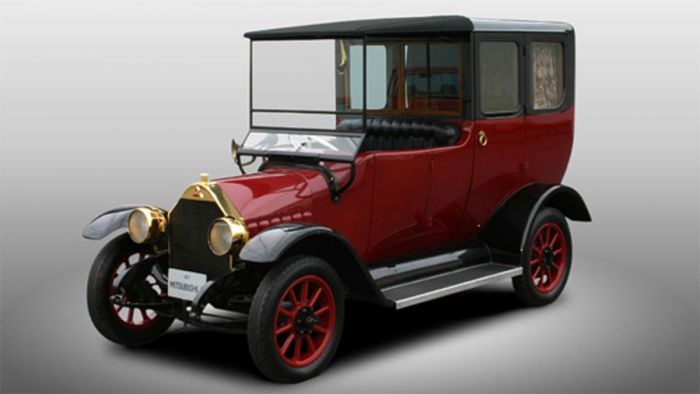 Mitsubishi A from 1917 remake with hybrid technology

Share
The American brand of Japanese Mitsubishi will give new life to its first automobile made in 1917 as ecological revival, by equipping a replica with the hybrid technology plug-in of its Outlander all-terrain. This idea, this time to celebrate a centenary, is also reflected in an interesting project here in Spain. We refer to the Loryc of Palma de Mallorca, an old prestigious brand resurrected with an electric car, with a bodywork faithful to its ancestors of the island.

To celebrate its centennial anniversary, Mitsubishi Motors North America, Inc. (MMNA) is reaching back to its beginning. In partnership with West Coast Customs, Mitsubishi will re-create the vehicle that started it all, the Mitsubishi Model A, with the latest technology found in the brand in this century. West Coast Customs will build a current day Mitsubishi Model A with the looks of the original 1917 vehicle on the platform of the brand's most technologically advanced vehicle, the Outlander Plug-In Hybrid Electric Vehicle (PHEV).

In 1917, the Mitsubishi Model A was the first car ever to be adorned with the three-diamond emblem when launched in Japan marking the beginning of a global automotive company that has now spanned a century of technological innovation. Developed as a request of the japanese army, the seven seater limousine has a metal chassis, a limousine body made of metal sheet and wood, and used a four cylinder engine giving 35 Hp. Built in a total of 22 cars, this was the first car of the company and one of the first built in more units.