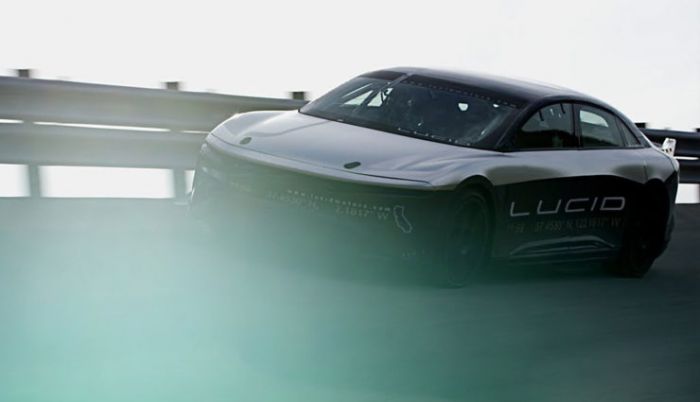 The electric Lucid Air sedan goes up to 378 km/h

Share http://www.lucidmotors.com
The luxury electric sedan of Chinese-owned Lucid Motors - based in California (United States) - has reached 378 km/h on a test track, demonstrating the high performance of its model that will soon be presented as a Chinese alternative to Tesla.

However, the high speed is not what is important for the Lucid Motors Air model. According to their responsibles, the tests helps them to perfect their model taking it to the maximum, since in this way they register where they can still improve.

In the case of speed the engineers have seen necessary improvements in the frame, which automatically lowers its distance to the road at high speeds, in order to decrease wind resistance. They have also recorded that the electric motor in these conditions was heated more than calculated.

The car is running "wonderfully", as they say. Its power reaches 1000 CV (about 735 kW) and the range is about 640 kilometers. It offers not only an alternative propulsion, but also enough luxury in the interior and the adaptation to an autonomous driving, with a very ergonomic dashboard and much comfort for the passengers and the driver.

This car will cost more than € 100,000 once it is on sale, but it is estimated that a somewhat less luxurious version can be prepared for a price of about € 60,000.