They are already circulating two prototypes of the Sono Sion, an solar-electric car […] 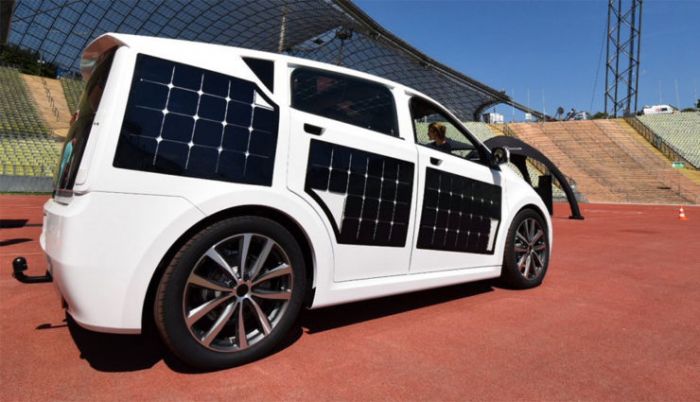 Share http://sonomotors.com
They are already circulating two prototypes of the Sono Sion, an solar-electric car of a new German company, to be produced in serie at an initial price of € 16,000 without batteries.

The Sono Sion solar car carries more than 300 photovoltaic cells in roof, hood, trunk and side panels, which can recharge the batteries to gain a few kilometers more range.

The car is currently touring Europe to make itself known; the purpose is to get many pre-orders to be able to deliver the first units at the beginning of 2019. A crowdinvesting campaign will also be launched in the coming days.

Apart from the solar energy the car also stands out by the use of a kind of moss inside the dashboard - it is seen in the photos of the interior - that helps to filter the air that comes from outside, reducing the fine particles, and in addition regulating the moisture in the interior.

It also emphasizes the bidirectional system, which allows to use the electric power of the car for tools, fridges or whatever it was to be able to be connected by means of a standard Schuko plug to the car. In the same way another electric car could be plugged in.

The Sono Sion is all a surprise coming from a team of young specialists who intend to present a new brand of cars of the future.
TagsSono Motors