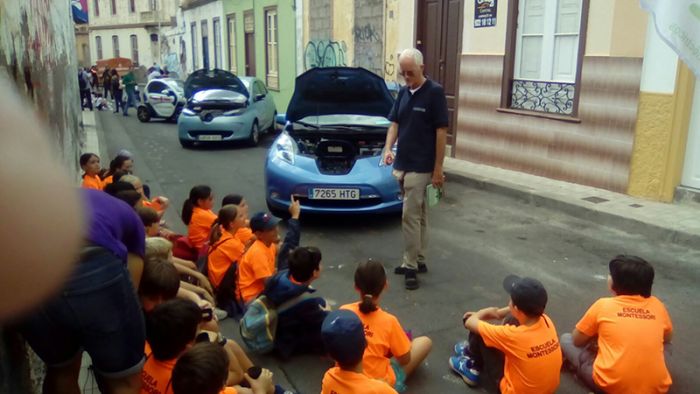 Talks with the children

Share http://www.historiasdelcoche.com
Short but interesting talks about the origin of the electric car and the present time here in the islands with a very attentive and lively audience: children from different schools and clases, aged between 8 and 13 years, frankly the best audience. The vast majority of them are convinced that once they have a driving license they are going to buy and / or use electric vehicles - they know that the oil age is over.

The older children, and the teachers, admired the first book of the saga "Stories of the Electric Car", titled "The Pioneers", because, despite talking mainly about the events that happened more than 100 years ago , the fact that the electric car has such a long and relevant past was very striking. It would be interesting to present this book, and those who come, in different High-Schools and Universities.
TagsLos Pioneros