Many electric taxis back in the nineteenth to the twentieth century carried the Hansom body, in […] 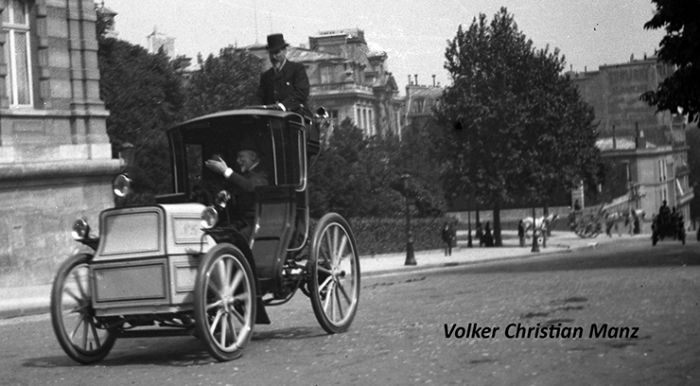 DID YOU KNOW: The Hansom body - with the driver behind

Share http://www.historiasdelcoche.com
Many electric taxis back in the nineteenth to the twentieth century carried the Hansom body, in which the driver took a seat in the back. It was perfect for lovers!

My first book of the saga "Stories of the electric car", a book entitled "The Pioneers - 160 km/h and 307 km of range 1870-1906" is full of curious stories about the beginning of the E-Mobility. One of them is this story of the Hansom body, designed by the British architect Joseph Aloysius Hansom as early as 1834. The driver was located at the rear of the vehicle at the height of the roof, and the passengers in front in a open or closed cabin. The driver could not see the passenger, and the passenger could not see the driver. They said that sometimes this location was used by young couples, who preferred the Hansom taxi with closed compartment and curtains, so that nothing was seen from the outside. What they later did inside the compartment we left to the imagination of each of you.

My first book is already on sale in bookstores throughout Spain, but can also be purchased through the website www.historiasdelcoche.com. Together with the second book, titled "Silent and Clean - Electricity Against Water and Oil 1905-1936", about to leave the printer, they would be an optimal gift for anyone, since with their warm and very dedicated texts to the subject of society - and not mainly to the technique - is not only a pleasant reading, but, with its more than 300 images in 120 pages, a visual pleasure.

In the photograph an electric taxi from Jeantaud in the Rue Magdeburg of Paris of 1898, with a hansom body. Photography copyright V. Christian Manz