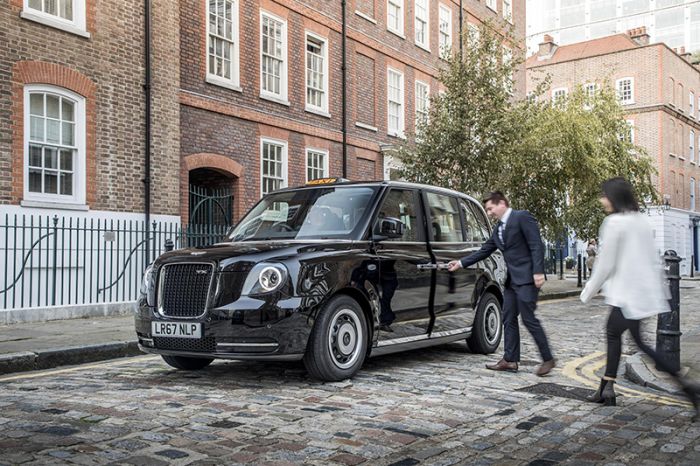 The most advanced electric taxis for London

Share
The world’s most advanced electric black cabs will appear on the streets of London as they enter the final phase of testing ahead of the January 2018 deadline for all newly licensed taxis to be zero emission capable. These are the new LEVC (London Electric Vehicle Company), formerly London Taxi Company, owned by Chinese company Geely.

Having been put through the most rigorous testing regime in the company’s history, including the extreme weather conditions in the Arctic and Death Valley, these test vehicles now face the final challenge, as they are tested on the streets of London.

Chris Gubbey, CEO of the LEVC, said “We are incredibly excited to deliver our 6 test vehicles to the streets of London today. Made in the UK, this is set to be the best taxi in the world for the best taxi service in the world.”

LEVC’s test fleet drivers are real London cabbies who will help to collect vital information such as the emissions savings being made from LEVC’s eCity technology and the performance of London’s charge point infrastructure before delivering to customers and being available to fare paying passengers later in the year.

Chris Gubbey continued, “We will now be able to accurately quantify the significant improvements these vehicles will make to London’s air quality which will benefit all Londoners regardless of whether you use taxis or not. For those that do, the experience will be transformational.”

New features include six seats, contactless card machines, onboard wi-fi, laptop and USB charging, a panoramic roof, and an aluminum body that is stronger and will better protect the passenger. In addition, London’s passengers should expect an unrivalled ride quality, class leading wheelchair accessibility, air-conditioning, phone charging and a much more spacious cabin.

The black cab trade has a global reputation for safety and this remains top of the agenda. World class active and passive safety systems will help to protect both the vehicle and other road users. These include forward collision warnings, autonomous emergency breaking and emergency brake assistance. All of which will act to reinforce the black cab trade’s global reputation for safety.

LEVC is working with drivers and other organisations to ensure that TX drivers will be the world’s most connected cabbies. The new vehicle includes an on-board sat-nav to help drivers identify congestion and plan alternative routes, access to online charge-point maps and hailing apps for taking bookings.
TagsLEVC