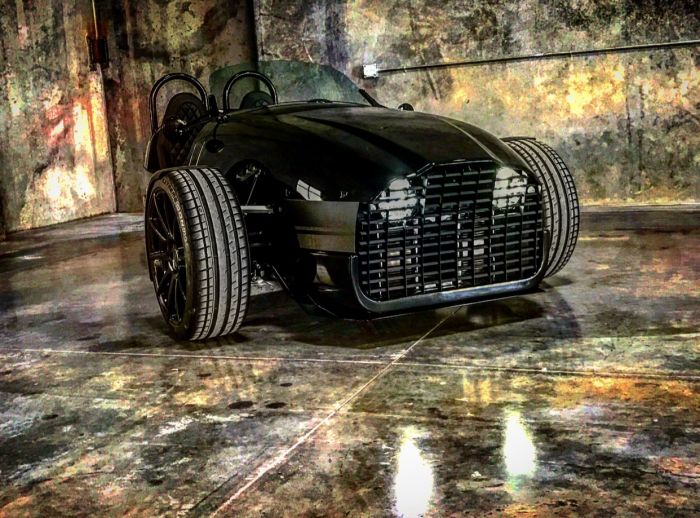 Share
The American company Vanderhall, manufacturer of two very attractive tricycles, expands its range by an all-electric model, called Edison 2 - a very well-chosen name - and in order to offer in the market of electric vehicles something very unique, a two-seater three-wheeler that guarantees great satisfaction in driving. But it is not unique, it will compete with the Morgan EV3, with similar connotations.

Vanderhall is a manufacturer from Utah, United States, which in 2016 presented its model Laguna, a open-air two-seater between a motorcycle, a go-kart and something that can not be described; very fast, very pleasant to drive, but with only a space for two people and little else. In other words, to go from one place to another it is worth, but not to travel.

And what else to prepare this model also with an electric motor! It's obvious! And now a super-fast tricycle was born, "the quickest Vanderhall we have ever produced," as Daniel Boyer points out. With two AC induction motors on the front wheels, which push the tricycle in just over four seconds from 0-100 km/h, with a top speed of 170 km/h. They reach a total of 180 HP of power, and a torque of 325 Nm. Its pack of 30 kWh lithium-ion batteries offer a range of about 300 kilometers per charge.

The Vanderhall rests on an aluminum frame wrapped in ABS composite, with a total weight of 635 kg. It has very wide tires to ensure good grip on the road and powerful Brembo brakes. Its basic price stands at $ 34,950.

According to the company, the client can choose the color he wants, so long as it is black. This is a saying of Henry Ford, who used it in his models T, in order to unify the color and with it the costs. Also the name of Edison, which refers to Thomas Alba Edison, was chosen on purpose, since Henry Ford and Thomas Edison wanted to manufacture the first electric car for the masses back in the ten years of the last century - an idea that was left in only two prototypes (see also book II of the saga "Historias del Coche Eléctrico", with the title "SIlenciosos y Limpios" - Silent and Clear -, which dedicates a chapter to this story).