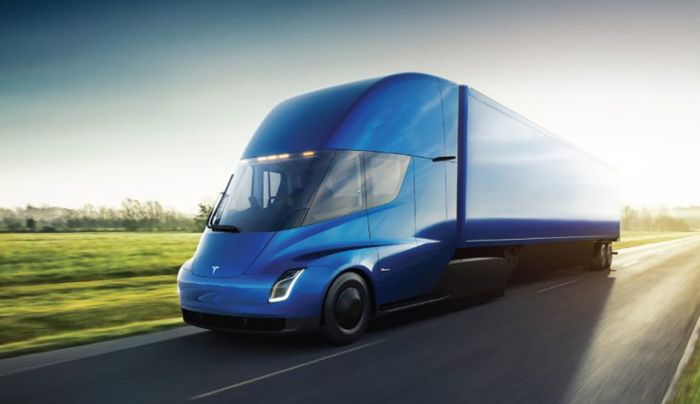 Share http://www.vchristianmanz.com
The American Anheuser-Busch beer brewer today announced it has placed an order for 40 Tesla semi-trucks as part of a company-wide strategy to employ cutting-edge technology to reduce the environmental impact and increase the efficiency of its operations. It will not be the only brewer that will opt for the powerful electric trucks that the Tesla brand intends to offer in a few months, as brewers have always had a certain relationship with the care of the environment. We can see it in history.

The 40 semi-trucks, which represent one of Tesla’s largest reported pre-orders, will be fully electric-powered and equipped with autonomous driving capabilities, as part of the company’s commitment to improving road safety and reducing carbon emissions. Integrating the Tesla semi-trucks into the brewer’s distribution network will help Anheuser-Busch achieve its commitment to reduce its operational carbon footprint by 30 percent by 2025 – the equivalent of removing nearly 500,000 cars from the road globally each year.

Tesla had announced they will also produce vans and electric trucks soon; they actually work already very hard on the prototypes. And if the compnay can announce such incredible benefits as a range of 800 kilometers of their big truck, logically this model arouses much interest.

In the first years of the change from the XIX to the XX century, both bottled beer and barrels, to serve it as fresh as possible, were transported in wagons pulled by horses, but also by oxen for the great force they have. In those years the transports of beer attracted attention by the care and the image that they gave, as much of the horse, as of the vehicle and the driver that, in its majority, took special uniforms with some emblem of the beer brand. The purity of the liquid was represented by the purity at the time of transporting it

Some brewers also used electric vehicles for delivery in the city. This was because some of them had their own electricity network through steam turbines, and all the current that was not used at night could be used to recharge the batteries of these vehicles. They were silent but with the autonomies reduced by 50 to 60 km, many times enough to deliver in the city.