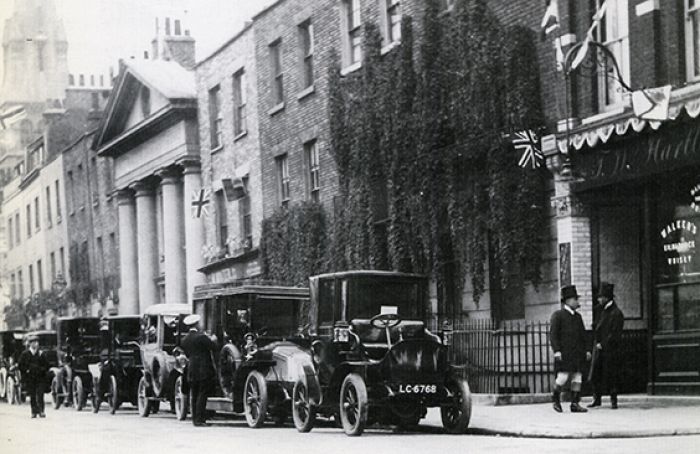 London taxis have to be electric

Share http://www.historiasdelcoche.com
The most advanced electric black taxis in the world are already on the streets of London so that all new license taxis have to have zero emission capacity in the future. The company LEVC (London Electric Vehicle Company), formerly London Taxi Company, owned by the Chinese company Geely, has done a monumental job to bring forward what could be announced as the most advanced ecological taxis today. But it is more: The mayor of London has already announced that soon only ecological taxis will be accepted in the British capital.

Curiously, this decision is not so new. As we can read in the story - if we inform ourselves, of course -, electric taxi have already entered London 120 years ago. Yes, it has been doing so since the first Bersey London Electric Cab was circulating in the streets of the capital. As we can read in the book "The Pioneers", in London the taxis of the Bersey and Electromobile brands were used, with such success that even in the ten years of the 20th century several dozens of these taxis circulated with the full satisfaction of their users. The first electric cars were offered to the taxi consortiums and the Londoners got used to them by popularly calling them hummingbirds because of their characteristic sound.

Concerning the new taxi by LEVC this is a unique development of GKN’s coaxial eAxle that powers the rear wheels of the electrified TX model. In the LEVC TX, GKN’s eAxle is always the primary drive unit, and so uses a more powerful 120kW e-motor. A small petrol engine at the front of the taxi provides range-extended power to the battery pack only, which means the taxi is always powered electrically by the eAxle. The TX’s pure-electric driving range is around 80 miles, according to official test figures, whilst the petrol generator takes the total range up to 377 miles.

As with all GKN Driveline systems, the coaxial eAxle for LEVC has been uniquely engineered to achieve the desired characteristics for the vehicle’s dynamics. The core design of the eAxle is shared with Volvo’s plug-in hybrids, but its bespoke features meet a totally different set of driving requirements. The lightweight unit weighs less than 17Kg and has a mechanical efficiency of up to 97.5%.
TagsV. Christian Manz