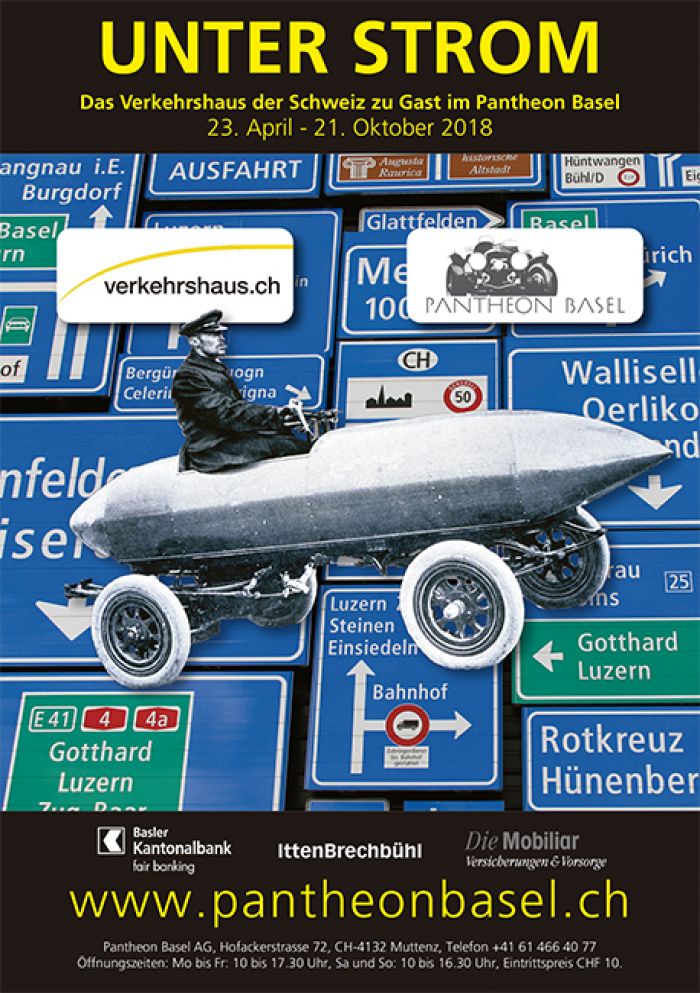 Share http://www.pantheonbasel.ch
With the title of "Under electric current" a special exhibition about the history of the electric vehicle was shown at the Pantheon in Basel / switzerland, the first (but not the only) exhibition of which we are aware, since until today nobody had dedicated to the more than 125 years of the electric car. The exhibition will be open until October 21, 2018.

The exhibition was held in conjunction with the Verkehrshaus in Lucerne / Switzerland, which encompasses one of the largest collections of historical vehicles in general. The most unique are the different cars and industrial vehicles on display, including several Swiss Tribelhorn, but also a very unique - and restored - Alfred Dinin of 1904, coming from France. At the exhibition we can also see a lot of electric models of the postwar period and the most modern times, among them the first solar vehicles...

As they say in their statement: ... "for the first time a general overview of the unexpectedly long history of the electric car is offered ..."

We note that currently only in Spain there are already available two specific books of the history of the electric car, "The Pioneers" and "Silent and Clean", books of 120 pages each with 275 to 300 photographs, most of them totally unpublished.