I do not intend to downplay the global presentation of the 100% electric Mercedes-Benz Citaro bus, […] 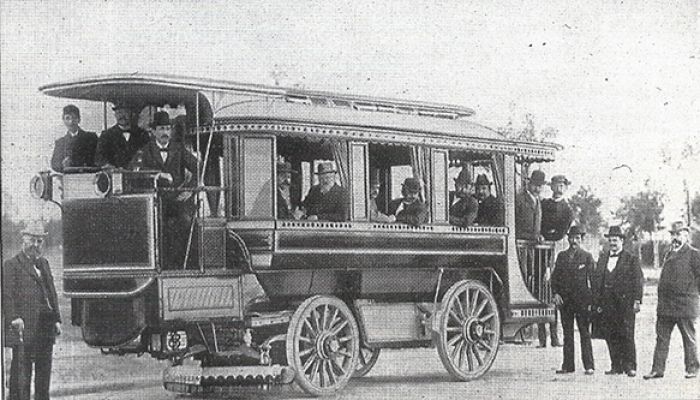 Share http://www.historiasdelcoche.com
I do not intend to downplay the global presentation of the 100% electric Mercedes-Benz Citaro bus, which took place on July 10, 2018. I just want to remember - without downplaying everything that happens today in this field - that in 1898/99 - that is 120 years ago - there were several global presentations of electric buses in different Fairs, mainly in Berlin, buses that soon circulated by several countries to the full satisfaction of users and companies. It is excellent to return to this old idea of thinking in urban areas free of smoke and pollution, using electric buses to transport their inhabitants. It seems that the more than 120 years of opting for an equivocal propulsion, as evidenced by the current situation of pollution in cities and increases in diseases caused by diesel and gasoline, will one day be forgotten.

Today I want to remember that this same euphoria already existed about 120 years ago. Electric vehicles slowly changed the profuse use of horse-drawn carriages, a transport system that caused quite a lot of problems due to the animal's feces; at the "peak hours" the dung of the horses flooded the streets. Electricity was the solution, very applauded by everyone. The electricity slowly entered the houses and factories, and also the propulsion of vehicles, passenger cars, buses and trucks.

Rapid charging stations were introduced - the German company Lange and Gutzeit presented a recharging system of between 10 to 15 minutes to fully recharge the batteries of a bus, installed at the starting point of the route. In the attached photo (from Polytechnisches Journal of 1899) we see one of the first recharging posts in Berlin in 1899, installed for the new electric bus that had "contact hangers" to be hooked to the air network automatically.

There was also a quick exchange system for the batteries, that is, to remove the empty batteries and put in full batteries - a matter of a few minutes. Full boxes with wheels were used, hooked on the underside of the vehicle, which were changed completely. And hybrid-traction vehicles were also introduced.

A bus from Berlin stood out for reaching an autonomy of 180 kilometers at an average speed of 25 km / h.
TagsVolker Christian Manz