It is said that electric vehicles disappeared in the thirties everywhere, after its great success […] 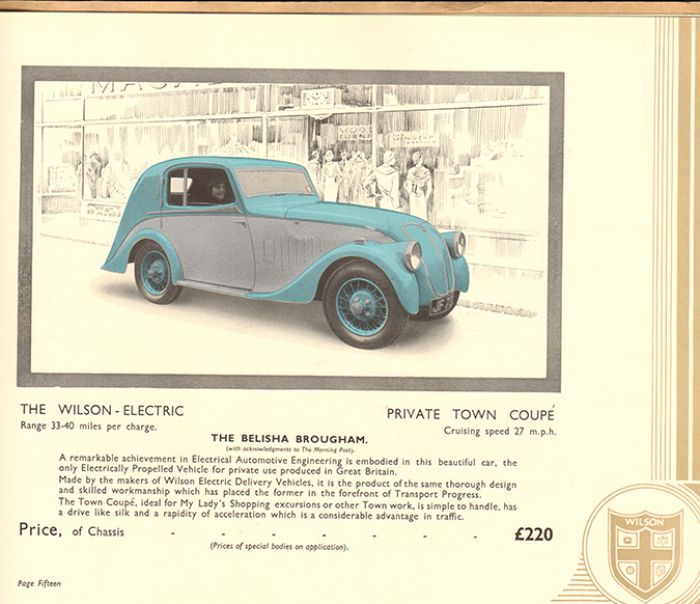 Electric vehicles in the thirties

Share http://www.historiasdelcoche.com
It is said that electric vehicles disappeared in the thirties everywhere, after its great success especially in the first decade. It is not true, electric vehicles continued with their presence, always, year after year, the only thing that happened was that they did not talk much about them.

In the thirties a lot of models of vans and electric vans were offered in Europe especially for use in the city. England had many companies that offered very varied models, such as Electricars, Metrovick, Midland, Wilson, among many others. But also in Germany companies such as Bergmann, Bleichert, Borgward and the Maschinenfabrik Esslingen offered from vans to fully electric trucks. In France, the large company Sovel stood out and in Italy Stigler and Turrinelli, all of them manufacturers with a wide range of products.

Included in the field of touring cars there were different offers. Bleichert presented in 1936 an elegant two-door coupe, all electric, which was used with pride by some militars. The English company Wilson also presented an elegant model, a four-seater coupe giving them the sonorous name of Belisha Brougham, with a long nose, despite having electric motors. They said that it was the ideal model for the distinguished lady´s shopping excursions or other town work. It reached 27 m.p.h with a range of 40 miles.