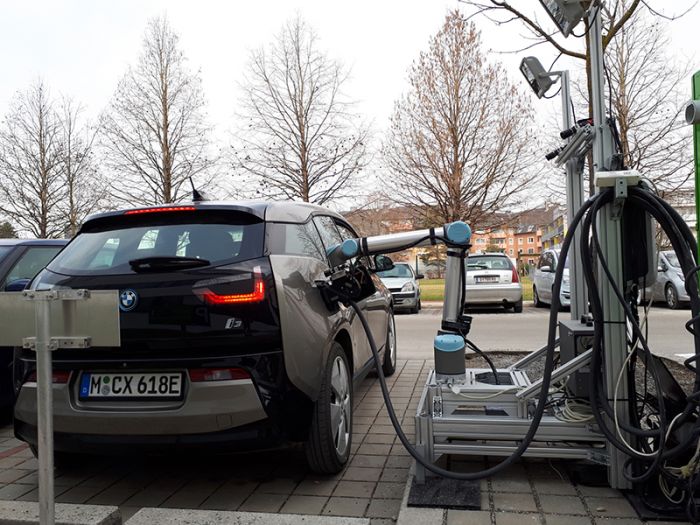 Share https://www.tugraz.at/tu-graz/services/news-stories/medienservice
Experts from the Technical University of Graz (Austria) have developed the prototype of a robotic recharge system for automobiles, using the robotic systems in the recharging station, offering that the connection to electricity is automatically coupled to any electric car, identificating the model and its recharging systems previously through a camera system.

"For the first time we have found a way to automatically recharge several vehicles, one after another, using a robotic charging station, without the need to adapt the vehicles. A specially developed camera system recognizes the load taking of each vehicle and its specific location, that is, the system also works when the car is not parked in a precise spot," explains Bernhard Walzel of the TU Graz.

A special challenge was the programming and integration of sensor technology to accurately recognize the location of the charging port and type of vehicle charging. The robotic system has several cameras that capture this data. The system is suitable for any standardized plug. To solve this issue, a complex mechatronic system was developed consisting of sensor technology, the quinematics of robotics and a control system.

The goal is a super fast automated system to recharge electric vehicles in a few minutes with maximum energy. These high recharging features require refrigerated plugs and cables (for liquid), which will be easily connected to the car. The Technical University also offers a concept for parking and fully automatic recharging of electric cars.