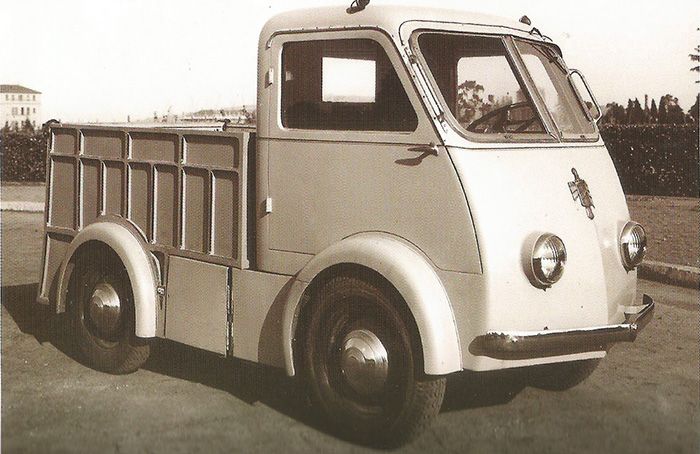 Share http://www.historiasdelcoche.com
The third of my books about electromobility "HISTORY OF ELECTRIC CARS" is just going to the printer these days. The first chapter of this new book, titled "WHEN PETROLEUM FAILED" tell you the stories about the development of electric vehicles in Spain starting from 1936 on - revealed a lot of unknown facts. Than there are two very surprising chapter about atom cars... and a lot of other chapters.

My third book about E-Mobility, with the title "WHEN PETROLEUM FAILED" starts in 1936, the beginning of the Civil War in Spain, and goes until 1981. Already in the late thirties different electric vehicles were developed in Spain, since the oil supply was reserved for military use . The company David and others transformed all types of vehicles into electric and you, dear readers, will be surprised what ever happened in those years. I have found some totally unpublished photographs.

In those years there was also the Autarquia company, manufacturing 100% electric industrial vehicles with very good performance. Fervelectric presented its electric car in 1967, which took two years to be registered for the monumental Spanish burocracy (which makes it clear that there was no political interest in it), transformed into a solar car in the 70s.

I also speak about the unjustly forgotten Isidro Santanach Montorro and his advances in the electric car sector, and the first solar vehicle of Gerardo Hernández, all of them stories that have transcended little to this day. In fact, the history of the automobile in Spain is full of forgotten histories, often on purpose and almost always by industrial or political interests. What is not talked about does not exist!

This is only the first chapter of my new book, the only one dedicated to the Spanish companies. The other chapters speaks about the worldwide evolution of electric cars from 1936 up to 1981 - with really a lot of interesting informations. Once again you will have in your hands a book of 120 pages with more than 250 photos.