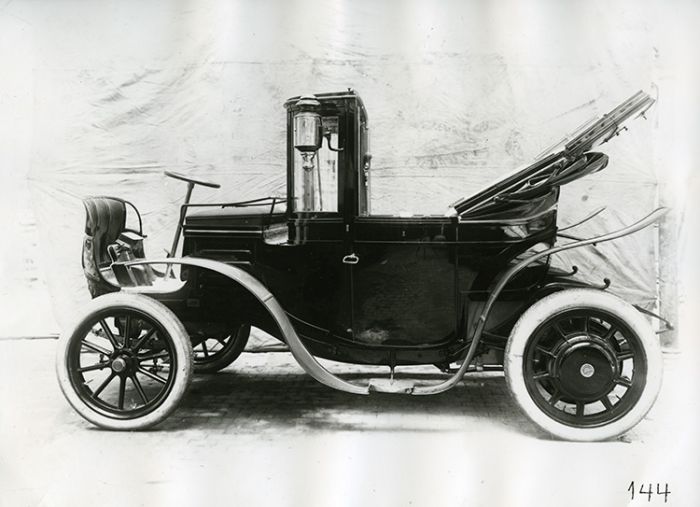 Did you know?: Mercedes Electriques from 1906

Share http://www.historiasdelcoche.com
Between 1906 and 1908 there was a company called Société Mercedes-Electriques based in Paris, which sold cars and electric industrial vehicles under this brand. It was not a manufacturer, but a distributor, and the vehicles came from the Lohner factory in Vienna.

Austrian millionaire Emil Jellinek, who worked closely with the German company Daimler, which he also inspired to use the name of his daughter Mercedes for their cars, was also enthusiastic about Lohner's electric and hybrid vehicles, which were manufactured in Vienna with the help of Ferdinand Porsche. In the spring of 1906 he intended to buy the Lohner-Porsche patents for these vehicles, while at the same time creating the Mercedes-Electrique company to make use of these patents.

With these patents in hand, which had to be repurchased from Panhard & Levassor, who had already paid for them years before, and unsecured orders for some 1,200 units of electric vehicles, the new company got off to a good start. It sold both electric vehicles and newly created hybrids, which combined a gasoline engine, partly from Daimler (Mercedes), with an electric one. The vehicles were produced by Lohner in Austria.

The order form was filled quite continuously and frequently, but in 1908, the problems increased. Porsche had obtained the position of chief engineer of the Austro-Daimler thanks to the influences of Jellinek, but entered a lawsuit with the manufacturer Lohner for the rights of electric vehicles. A pity since the two had worked side by side to improve them. But it is also true that the most relevant technologies of these vehicles were invented by Ferdinand Porsche. Jacob Lohner got tired of electric vehicles in those last years of the first decade of the new twentieth century, because the production of these vehicles never reached the desired figures, and decided to devote himself to the production of bodywork and light aircraft.

Today it is still not entirely clear how many units of electric vehicles have been sold through the company Mercedes-Electriques; the total seems to be about 333 units between 1906 and 1908, including 105 trucks, 67 fire-fighting vehicles and 29 buses. After the closure of Mercedes-Electriques in November 1908, some electric trucks were built in Germany under the name Elektro-Daimler, and others by the Austro-Daimler in Austria, which took all the patents, and continued with the production of electric vehicles until the entry of the First World War.