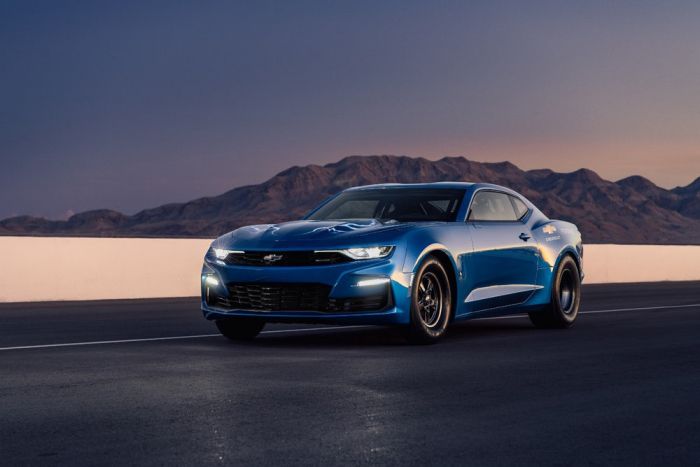 Share
One of the big surprises at the SEMA Show 2018 in Las Vegas - an exhibition of custom cars and their accessories - was the Chevrolet Camaro eCOPO, a drag beast that does not have a powerful V8 engine as expected, but a powerful electric motor - 100% electric - of more than 700 hp. Logically, it does not emit the same noise, nor does it emit the same type of smoke through its exhaust pipes. It is, so to speak, ecologically correct within its "madness".

Based on the standard drag model, the technicians pulled out the V8 engine and prepared a large electric motor constructed of several BorgWarner HVH 250-150 engine elements, which transmits its enormous power of over 700 hp, available on the spot, to the rear wheels via a Turbo 400 transmission.

The package is combined with a total 800-volt battery pack, separated into four 200-volt units each, two packs under the rear seats and two more in the boot. With a fairly high weight on the rear axle the car accelerates powerfully, it is estimated to perform the quarter-mile in nine seconds.

Really crazy, but those responsible are excited about what can be done with an electric motor and talk already that this can be the basis of a powerful electric motor for vehicles of the future of the brand.
TagsChevrolet