We are now completely involved in a new electric era, it seems to be the definitive attempt for a […] 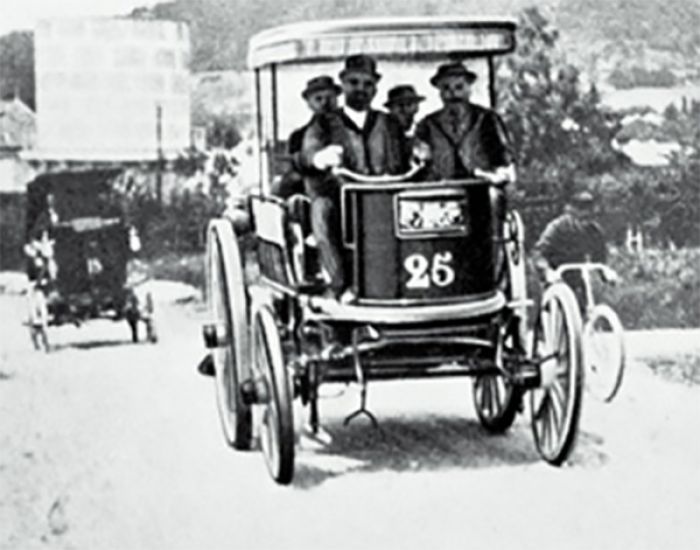 Electric Vehicle History - it is time to write the truth

Share
We are now completely involved in a new electric era, it seems to be the definitive attempt for a new environmental way to drive cars, trucks and buses. But to understand the new situation, we have to understand its history, knowing how we get into this new way of life. It‘s time to write the complete and true history of the electric vehicle, as most of information we actually can read in books and magazines is at least tendentious and, above all, incomplete.

Most of the information published in magazines and books that speak about the history of cars and trucks, is established in the world of combustion engines and its great advantages; these informations normally are not complete, always only mention the part that could prove that the electric vehicle will never be competitive to the combustion engined vehicle. But looking to informations published in daily newspapers and special technical magazines from former times give us another view about the reality of the electric vehicle – they were better than mention in nearly all car magaines. Let us talk about the many inconsistencies concerning the qualities of electric vehicles, it is fascinating what can be discovered today in ancient literature.

I am actually studying the history of electric vehicles worldwide and I find more controversies than expected. The more I dig in old documents, the more inconsistencies I discover. This is really surprising, specially when you are learning that when the society wanted to get cleaner cities starting the 20th Century and before, they wanted to exchange the use of horse-drawn carriages for clean electric vehicles. They never thought to exchange the horse dung, which made the streets so dirty, for polluting and noisy cars.

The Londoners called their first electric taxis hummingbirds, because they could offer a quietly, cleanly and joyful transport from one place to another. People didn’t want to replace them with noisy and smelly gasoline vehicles. These first electric taxi had some problems, specially the recharging of the batteries, but they did not have more problems than combustion engined vehicles, in that time very difficult to drive and control.

So the questions I sporadically publish on this webside Did you know that...? sometimes are possitively answered, but normally a lot of people are surprised reading these informations. A lot of people knows that the first car to overpass the 100km/h speed was an electric car, the Jamais Contente of Belgian Camille Jenatzy, who passed 105,85 km/h in april 29th, 1899. But less people know that in that time there were also held long distance rallyes to prove the range of electric vehicles: 140 kilometres in 1899 on a French Jeantaud, 262 kilometers in 1900 on a French BGS and 307 kilometers without recharging batteries in 1901 on a French Krièger!

And are you aware of the information that the French Charles Jeantaud, the first owner of a factory dedicated exclusively to the electric vehicles, presented himself with an electric carriage in the second car race in 1895 (Paris-Bordeaux-Paris), a race specially designed for cars with petrol engines: the participants had to make the round trip, more than 1,200 kilometers, in less than 100 hours - an impossible figure for an electric car. But Jeantaud defied the rules and organized replace stations with recharged batteries every 40-45 kilometers, where a small group of mechanics exchanged the exhausted batteries for new ones in just ten minutes. Jeantaud finished the race, which many petrol vehicles did not manage to do!

The first American race, organized by H.H. Kohlsaat, publisher of the Chicago Times Herald, took place between Chicago and Evanston in the winter of 1895, with only six participants, four gasoline-powered and two electric vehicles. An American Duryea, and three vehicles under the name of Macy, De la Vergne and Mueller powered by German Benz engines – the electrics were the Morris & Salon Electrobat 2 (the second prototype) and the Sturges Electric Motocycle – behind this name was William Morrison, one of the pioneer of electric vehicles in the States. The bad weather complicated the competition, it was one of the coldest November 28th on record, with deep snow under icy crust. But even though the race was won by the gasoline-powered Duryea, the electric Morris-Salom Electrobat received the gold medal for the best showing made in the official tests, for safety, ease to control, absence of noise, vibration, heat or odor, cleanliness and general excellence of design and workmanship... There still exist a document about this complicated first race written by Pedro G. Salom, Jr; called The First Automobile Race in the United States. His father built the Electrobat!

This is the first story I'll publish under this idea, others will come very soon.

Photos: 01 Charles Jeantaud in the race Paris-Bordeaux-Paris 1895, a press photo from the company
02: Original advertising sheet comparing the B.G.S. system holder of the world record of 262 kilometers without charging with a petrol engined Benz Foto: Manz Collection
03: The fleet of electric „hummingbirds“ from London, from an old magazine. All these taxis are Bersey.
04: Morris & Salom Electrobat 2, winner of the gold price of first American Race in 1895. This photo is published in the document from Pedro G. Salom Jr.