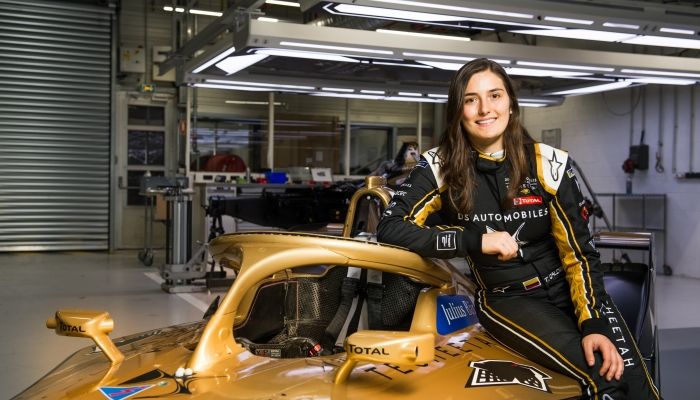 Share
The new Formula E season begins - with purely electric cars - in Riyadh (Saudi Arabia), a championship that is gaining more and more interest and in which all manufacturers pretend to be present. It is striking that in these two days of inauguration, 15 and 16 December, it is expected that the second will be a day of official testing with a large presence of female pilots.

At least seven international women pilots will take the fliers of these electric cars, almost all for the first time in their lives. It is important to point out that this act is carried out in Saudi Arabia, a country already well known for the few rights that women have, which is intended to set an important precedent towards their freedoms. And what's more, one of the pilots is Amna Al Qubaisi from the Arab Emirates, who will take the wheel of Virgin's car.

Other pilots will be Simona de Silvestro from Switzerland driving the Venturi car, the English Katherine Legge for Mahindra, the Spanish Carmen Joda using the Nissan e.dams, the Columbian Tatiana Calderon for DS Techeetah and the Dutch Beitske Visser for BMW Andretti. There may be two more women, so, for the moment, only Jaguar and Audi have no plans to leave the steering wheels of their cars to a woman.

What strikes me as a historian is the importance given to this particular issue, since women have always shown that they know how to drive electric cars - and therefore why not electric racing cars - and that they used these vehicles from the beginning of their invention. The emanzipation of the woman towards the use of the automobile already dates from those years of the end of the IXX / beginnings XX century, when, while their respectful husbands drove the first noisy and pollutants gasoline cars, they used the electric, silent and clean vehicles for their displacements.

What a surprise then that they will also know how to drive electric cars?

Pictures: On the cover the columbian Tatiana Calderon with the DS Techeetah
Photo 2: Simona de Silvestro, already experienced in driving Formula E cars, will drive the Venturi.
Photo 3: Women driving a 1904 Pope-Waverly
Photo 4: A woman behind the wheel of a 1901 electric Studebaker