The peculiar Hansom bodywork was conceived by the British architect Joseph Aloysius Hansom in 1834. […] 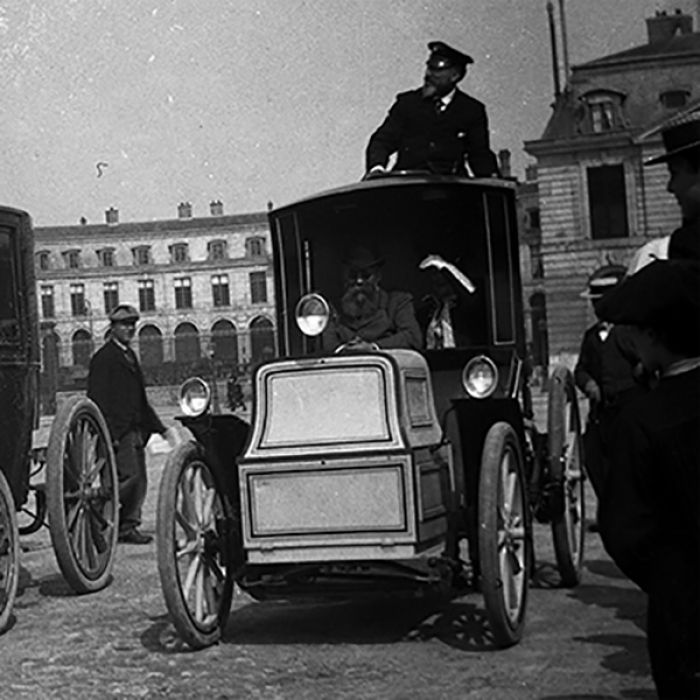 With the driver behind: The electric Hansom

Share https://www.historiasdelcoche.com
The peculiar Hansom bodywork was conceived by the British architect Joseph Aloysius Hansom in 1834. In a horse-drawn carriage, the driver took the reins from a seat at the rear at the height of the roof. The open or closed passenger cabin was located between two large side wheels. The idea already took hold in carriages; years later it was also used in electric vehicles, mainly in taxis. It was known both in England and France and reached the United States and Russia.

Socially it was at least a surprising solution: the passenger could not see what the driver was doing or foresee his manoeuvres, but he had a comfortable and intimate cabin, sometimes with curtains to protect the space from outside glances. Getting into the cabin was extremely comfortable for the passengers, as was getting comfortable on the fluffy sofa it offered. It was more difficult for the driver, who had to climb to his throne almost two meters high. Once seated, he found in front of him a flat steering wheel or occasionally also two, which transmitted the movement to the front wheels through a complex system of sprockets. It was not an easy job for the driver, as in most versions his seat had no backrest at all, but he enjoyed excellent visibility by placing himself above all other vehicles on the road.