If there is in the market an electric bicycle Pedelec with history, this is the Lohner […] 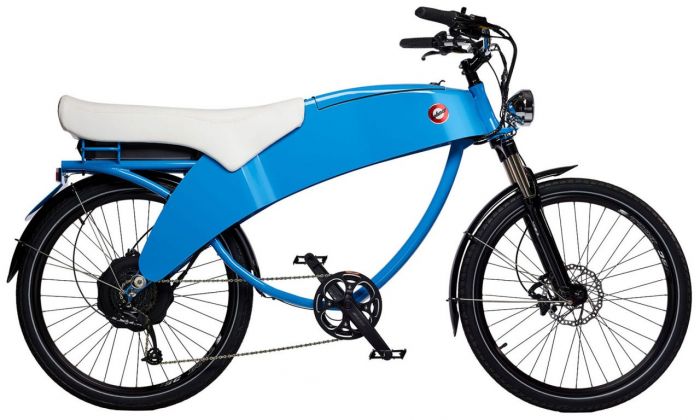 Share https://www.lohner.at
If there is in the market an electric bicycle Pedelec with history, this is the Lohner Stroler of Austria, one of the most elegant electric bicycle on the market from a brand, which already stood out in the creation of electric vehicles since the late nineteenth century, more than 120 years of history.

The Lohner Stroler, presented as a crossover between an electric bicycle and a motorbike, with its unmistakable design with feeling Cruiser, enters the new year with some touches, which make it even more desirable. In collaboration with the Taiwanese company KHS, the Pedelec Speed version (we remind our readers that Pedelec means electric bicycles that allow pedalling) receives a new propulsion system guided by an App; moreover, any previous Stroler can adapt to the new version with a speed of up to 45 km/h with an available kit.

KHS provides production know-how and contact with major suppliers, which allows the company to accept special requests when purchasing a model. The new propulsion system with more power and a battery of around 673 Wh allows a range of around 100 kilometres. As Lohnerwerke director Andreas Lohner confirms, the Stroler is the result of original thinking developed specifically for the market niche where design and functionality make sense. It is a two-seater bike, which can be used both as Pedelec - pedalling - and as a direct electric bike, motorbike type. In addition, it offers a number of motorcycle functions such as its two height-adjustable seats and its capacity to store about 7.8 liters in a closed department. The example to follow was the Lohner Sissy that was born in 1956 with the same characteristics of comfort, but with combustion engine. With the electric version, the concept fully enters the future of mobility, whether for one or two people, totally silent and non-polluting.

The Lohnerwerke in Vienna were founded in 1821 by Heinrich Lohner. The grandson of the founder, Ludwig Lohner, developed together with Ferdinand Porsche electric vehicles since 1898, creating vehicles with electric motors in the wheel hub - a Porsche idea - and the first hybrid cars, combining the electric motor with a combustion engine. Now it is the turn of Andreas Lohner, the new generation, to transfer the very advanced concepts of his ancestors to the present time. "It's about the quality of life in the urban space, being able to move around in the city with joy instead of stress," says Andreas Lohner. With the slogan Lohner Stroler - Silent Passion.
TagsLohnerPedelec