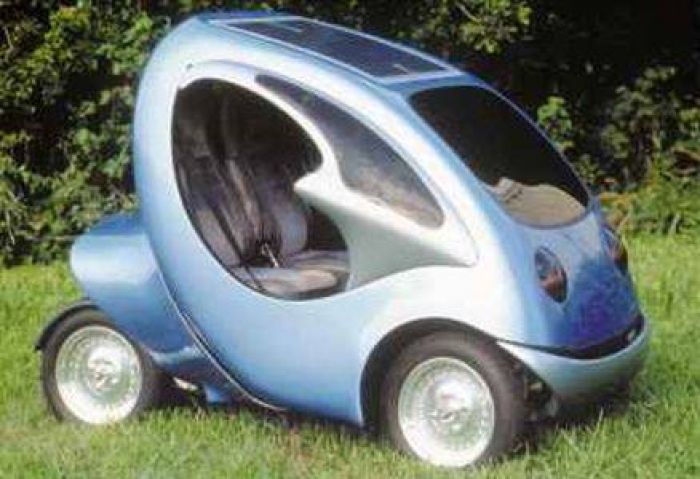 Share https://www.hevf.org
The Historical Electric Vehicle Foundation and the Route 66 Electric Vehicle Museum announce the gift of twelve electric vehicles of historic significance from the prestigious collection of the Peterson Automotive Museum in Los Angeles, California. This is by far the largest single donation they have received since being donated the entire Michael Longley collection of seven electric vehicles in July of 2016. Among the vehicles is an extremely rare 1987 Suntera Sun Ray (EV-Solar Hybrid) that was built in Hawaii. With this new donations the Museum has about 100 electric cars, and would be the most important electric vehicle museum worldwide.

What will be the museum's first fuel cell powered electric was also among the donations. It is an educational cut-away of a 2003 Honda FCX. Also among the donated vehicles is a solar race car built in 2011 by Standford University students named Xenith. This car could reach speeds of 60mph on power from the sun alone.

Included in the collection is a 1993 Ford Ecostar. This is representative of the period of the early 1990s when the California EV mandates were taking place. These mandates were instrumental in bringing about the creation of the now quite famous General Motors EV1. It's notoriety was due to Chris Paine's movie "Who Killed the Electric Car". There is a great story to be told from the period in the late 1800s, when electric vehicles were the dominant vehicle on the roads, to today when they are once more beginning to get a foot hold in the future of our transportation. That is the Historic Electric Vehicle foundations mandate, to tell that whole story and educate people from around the world of this exciting very old and very new form of transportation. “This transfer of vehicles from The Petersen will honor the wishes of the original donors and place the cars within the broader context of the HEVF collection.” Said Larry Fisher, museum board member. “As the Electric Vehicle Museum has grown it has become the premier destination to see and study the history and evolution of electric vehicles.”

Leslie Kendall, Chief Historian from the Petersen had this to say concerning the gift: "Demonstrating an institution's professional and scholarly selectivity by transferring non-essential collections objects to another 501(c)3 nonprofit entity without monetary consideration is among the most ethical means of refining a collection. The Petersen Automotive Museum appreciates the work being done by the Route 66 Electric Vehicle Museum/Historic Electric Vehicle Foundation in the areas of collecting, preserving and interpreting and believes that they can fully exploit the educational potential of the selected vehicles and do so in a publicly responsible way."

There are currently 27 electric vehicles in the Powerhouse location in Kingman on Route 66. This speaks loudly of the need for a much, much larger facility. The City of Kingman has assigned a grant writer to raise funds for the proposed 50,000 square foot facility which will still be located on Route 66.

Photo 1: The very rare 1987 Sunera Sun Ray built in Hawaii
Photo 2: A late Detroit Electric from 1930, the Henney Kilowatt (on Renault base), the first Electric Street Rod based on a Ford A from 1929 and the Toyota RAV4 EV
TagsElectric Vehicle Museum