Another new brand of electric cars at the International Auto Show at Genève (Switzerland), open to […] 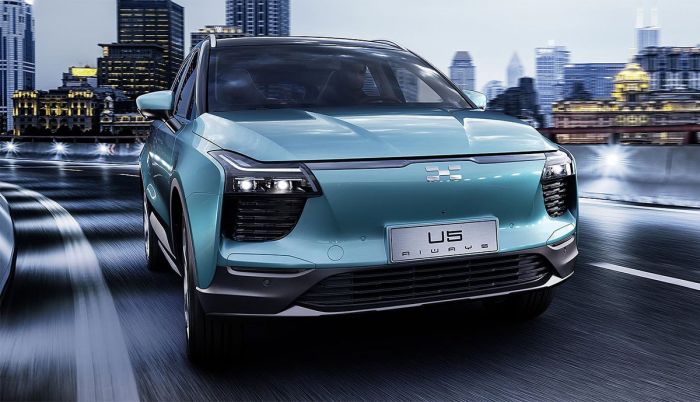 Aiways E-SUV U5 Ion will be at Geneva Motor Show

Share
Another new brand of electric cars at the International Auto Show at Genève (Switzerland), open to public from March 7th to 17th. The new brand is chinese called Aiways.

Founded in 2017 this Chinese new start-up called Aiways prepares the presence of its vehicles for Europe. The electric SUV U5 Ion wants to be the competition of the electric SUVs of Audi and Mercedes-Benz, mainly, with similar performance but a lower price.

All other data will be revealed at the show on the day of its presentation.

It should be noted that the Chinese company is assisted by the German engineer Roland Gumpert, known for his own sports car company in Germany.

It should also be noted that the Chinese market for electric vehicles is growing strongly. In January 2018 alone, 91,175 new electric vehicles and plug-in models have been registered, of which 72,175 are 100% electric, 268% more than the previous year.
TagsAiways