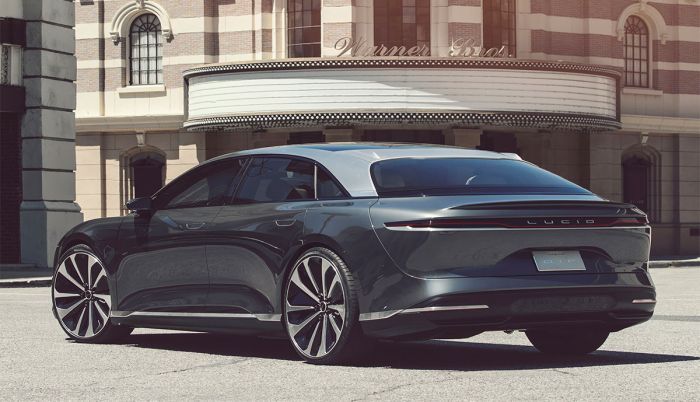 And this will be the new Lucid

Share
The American start-up Lucid Motors likes to build this exclusive electric limousine starting in 2020; this car looks like a serious competitor of the Tesla. Lucid Motors has recently received a large injection of capital from the Saudi Arabian State Fund, which participates in the company with more than 1,000,000,000 dollars.

Lucid starts with its production plant in Arizona this spring. As confirmed by its CEO Peter Rawlinson, the person who was present in the development of Tesla S, his company is also in conversations with other companies to exchange technology. But he is not currently thinking of selling his company to a consortium.
TagsLucid