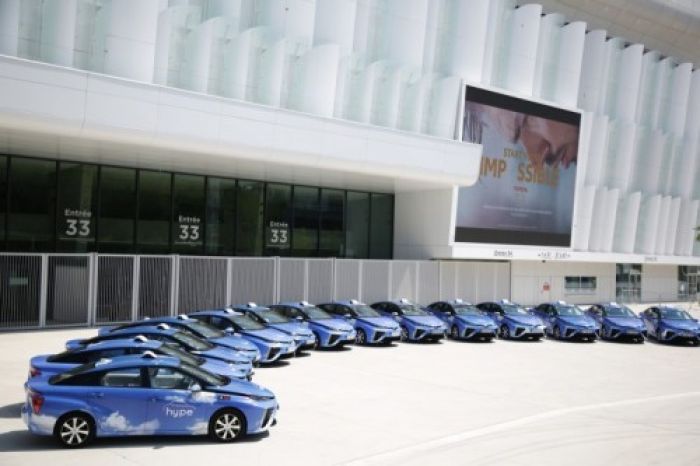 Share http://www.historiasdelcoche.com
Air Liquide, Idex, Société du Taxi Électrique Parisien (STEP) and Toyota have joined forces to promote the development of hydrogen-based mobility with a joint venture called HysetCo, representing an unprecedented milestone in the promotion of a hydrogen-based society in France and in the development of Hype, the world's first fleet of emission-free, hydrogen-based taxis. The target is 600 taxis by the end of 2020.

Toyota will supply an additional 500 Mirai by the end of 2020 to complete the existing fleet of 100 Hype vehicles. This joint venture covers two activities: hydrogen distribution and the development of mobility applications.

Through this project, the partners give concrete form to their commitment to clean mobility and improved air quality and further demonstrate that hydrogen-based mobility is a suitable solution for intensive applications such as passenger transport. The entity's mission is to promote the transition of the sector towards the elimination of emissions, with the aim of having 'Taxis/VTC without emissions for the Paris 2024 Olympic Games'.

NOTE: It should be remembered that even before the change from the 19th to the 20th century there was a large fleet of electric taxis in Paris, mainly Krièger and Jeantaud models. In 1898 a Taxi Competition was held with 16 participants (except one all were electric vehicles), who for 12 days had to cover the entire perimeter of the great French capital, making more than 60 kilometers a day. The users were delighted. The only competitor with a petrol engine, a Peugeot, was disqualified due to the noise and the stinking gases it produced. "Never such a car would be used in our city," said the French then... maybe 122 years later they will get it