The Hispano-Suiza Carmen, which will be presented in a few days at the Geneva […] 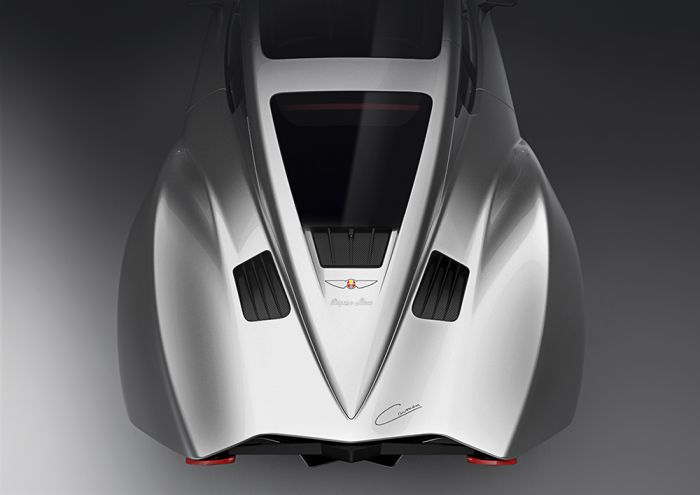 Share
The Hispano-Suiza Carmen, which will be presented in a few days at the Geneva International Motor Show (Switzerland), will have two powerful electric motors with a total of 750 kW (1,019 hp) of power, batteries that guarantee a range of about 400 kilometres, a light carbon fibre frame and a general luxury, both interior and exterior, which is unrivalled, it will only be manufactured in 19 units at a selling price that exceeds 1.5 million Euros. In other words, only for a few people to have this vehicle in their garage. It should be noted that the technological partner of the company is QEV Technologies based in Barcelona.

The Carmen is powered by two 375 kW permanent-magnet synchronous motors (PMSM), one for each rear wheel. Each motor’s significant torque is controlled through sophisticated torque vectoring systems developed in-house by QEV Technologies. The fully-electric 750 kW (1,019 PS) power output combined with a low kerb weight of just 1,690 kg, enable the Carmen to sprint from 0 - 100 km/h in under three seconds, and on to a top speed of 250 km/h (electronically-limited). The drag coefficient is Cd 0,325.

The high-energy battery pack is T-shaped, running as a central spine of the car and behind the seats. It also serves as a tuned mass damper (TMD), providing stability and reducing structural vibration.

The Lithium Ion polymer battery pack boasts a power density of 230 Wh/kg on a fixed volume of 560 litres, for a base capacity of 80 kWh. The carbon fibre battery housing allows for easy upgrades when new technologies become available, future-proofing the Carmen: by 2020, it is anticipated that 300 Wh/kg should be a commercial reality, increasing the battery capacity up to 105 kWh. High-efficiency mechanical and electric components give a total energy loss from the battery to the ground of less than 10%, maximising vehicle range, which is targeted to exceed 400 km.

The battery pack – made up of 700 cells – was designed and produced entirely in-house, including a complete temperature control system to ensure the cells can operate optimally. The battery monitoring system ensures stable charge and discharge performance and delivers the safety strategies required for a 750V DC architecture.

The Hispano Suiza Carmen is one of the most carbon fibre intense cars in the world. Carbon fibre composites are employed extensively throughout the vehicle, and account for the vast proportion of vehicle structures. The monocoque chassis weighs only 195 kg and exhibits exceptionally high rigidity to provide a torsional stiffness rating of 50,000 Nm/deg. This not only contributes to a stronger and safer passenger cell, but also benefits the car’s dynamic performance. The Carmen’s stiffness-to-mass ratio (256 Nm/deg per kg) out-performs any other hypercar: for comparison, the Lamborghini Aventador’s stiffness-to-mass ratio is 237 Nm/deg per kg.

Hispano Suiza was responsible for the design and manufacture of more than 12,000 luxury performance cars and 50,000 aeroplane engines between 1904 and 1946. Even before he joined Hispano Suiza as its Technical Director, Marc Birkigt (from Switzerland) was experimenting with cutting edge technologies in the new era of the automobile, leading a team that built one of Spain’s first electric car prototypes in 1899.