The catalan QEV Technologies, also responsible for the electric drivetrain of […] 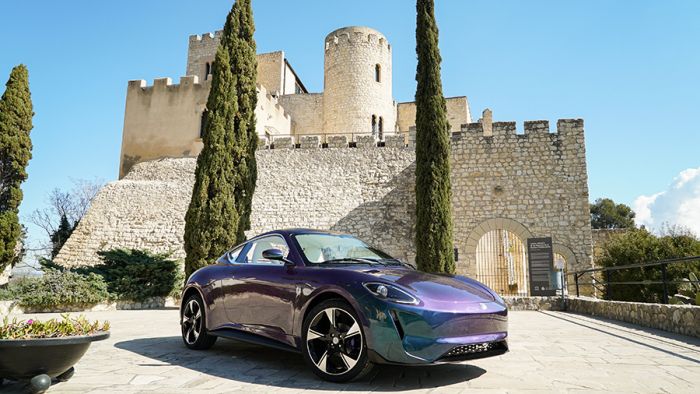 Share
The catalan QEV Technologies, also responsible for the electric drivetrain of Hispano-Suiza Carmen, exhibits at the Shanghai Motor Show three electric cars developed and produced in Spain for Chinese clients, the Arcfox GT, GT Race and the Zedriv GT3

The fully-electric Arcfox-GT and the Arcfox-GT Race Edition was styled, engineered and manufactured, the electric supercar Zedriv GT3 was designed, co-developed and assembled by QEV Technologies. QEV Technologies acting as the European R&D Centre for BAIC BJEV used its significant motorsport and electric-mobility expertise to create the two premium electric GT cars for Arcfox.

As the brand’s flagship model, the Arcfox-GT represents the focused pursuit of extreme speed, advanced technology and future-focused design. With four electric motors generating 1,600hp and an integrated carbon fibre monocoque, it accelerates from 0 to 100 km/h in just 2.59 seconds and is capable of more than 430 km range under the New European Driving Cycle (NEDC). Charged via an 85kW charger, the lithium-ion batteries integrated within the vehicle floor have enough power again for 80 percent of the range after just 30 minutes.

The Arcfox-GT Race Edition is honed for the circuit, with an even more dedicated focus on performance and dynamics. On the Race Edition model, the active carbon fibre wing of the Street Edition is replaced by a fixed rear wing. With six electric motors generating 750kw of power, peak torque of 1,320 Nm, four-wheel independent drive and cutting-edge technologies from Formula E, it sets a new benchmark for electric track cars.

Zedriv is a newly founded subsidiary of China National Machinery Industry Corporation (SINOMACH) - the top one company of Chinese machinery industry, focusing on the new electric vehicles industry, developing rapidly to merge into the world's new electric automotive market. QEV Technologies was entrusted by Zedriv to design, co-develop and manufacture the fullyelectric sport car Zedriv GT3, which has a motor power output of 98kW, enabling the car to achieve acceleration of 0 to 100 km/h in 8.2 seconds and a range of more than 150 kilometers.

QEV Technologies has cooperated with various Chinese partners for many years. As the operating team of Team China Racing, it won the championship with Nelson Piquet in the first season of Formula E. As the European R&D center for BAIC BJEV, the company has completed development of three fully-electric models for Arcfox since 2016, the first generation - Arcfox 7 featuring as the official safety car for the full season of 2018 China GT Championship.
TagsQEV Technologies