Prediction by Dr. Charles Proteus Steinmetz in 1913: One million Electrics in ten […] 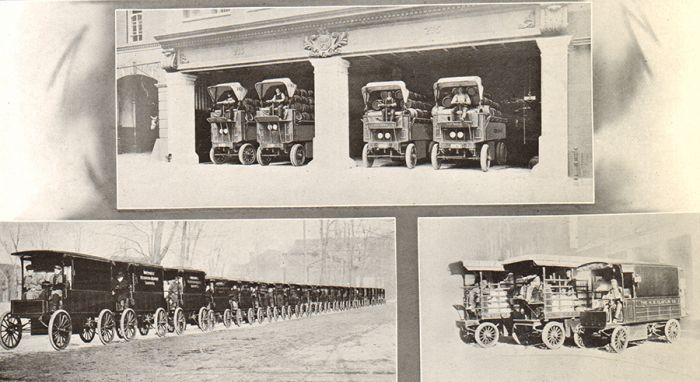 REFLECTIONS AND WORDS (1) for the Climate Summit

This prediction by Dr. Charles Proteus Steinmetz, electrical expert of international renown, is so radical and sanguine that has naturally irritated the editorial exponentes of the gas car trade. The authoritative announcement of the ultimate elimination of all types of vehicle créate consternation among the friends of the 1.200.000 gas cars now in use in this country.

Yet in every use of applied power electricity has already supplanted all other forms of energy. Present installations of other motor types are only awaiting the expiration of a reasonable obsolescence period to substitute electric power. The learned doctor has watched the disappearance of various sources of energy and the survival and growth of the electric. And all the forces of industrial history as well as logic say that he is right. Ultimately the electric vehicle must supplant all other vehicles, although the process may take longer than Dr. Steinmetz calculates.

The gasoline vehicle cannot be put aside completely for many years. At present it has a number of distict and peculiar advantages, which it would be folly to dispute. And so long as it keeps itself so effectively in public favor by dint of clever and generous advertising the electric cannot hope to catch up with it, even when batteries and charging facilities have been so improved as to give the gas car no advantage.

But when we consider how much better electric power is than any other form, in simplicity, economy and reliability, and how few obstacles are in the way of its supremacy: when we remember that the present remarkable development of the gas car is due more to the aggresive enterprise and extraordinary activity of its representatives than to any great intrinsic superiority; then we are ready to agree with Dr. Steinmetz that the electric will one day be the only vehicle.

IN SHORT, THE GASOLINE CAR HAS ONLY BEEN MAINTAINED TO THIS DAY THANKS TO THE MANIPULATION OF THE MEDIA AND THE GREAT ACTIVITY OF THE OIL LOBBY TO NO ACCEPT OTHER ALTERNATIVES.

PHOTO: Thounsands of electric trucks used by different companies around the United States in 1911, and the electric vehicles by Steinmetz

I have published two books in Spain (on Spanish) about the history of electric vehicles (www.historiasdelcoche.com), but I am now preparing a huge book of more than 300 pages and more than 600 photos about the history from the beginning up to now, on German and on English. The Editor accept pre-orders and some sponsors to place some adds on the last pages of the book. Do you like to get informed? Please contact me!