When in the nineties a curious small electric vehicle of German origin was found in Australia, it […] 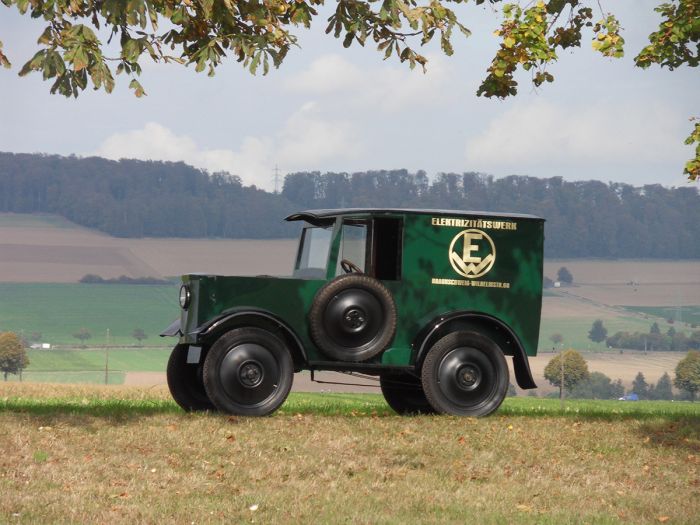 Rescued: an electric HAWA van from 1923

Share http://www.historiasdelcoche.com
When in the nineties a curious small electric vehicle of German origin was found in Australia, it was thought that this was the only Hawa (Hannoversche Waggonfabrik - Hannover - Germany) rescued. But a few months ago this Hawa EM3 van was found in Germany.

This electric van was used for years in a theater, with a big spotlight in front of it, and no one gave it more importance. It is now owned by BS-Energy, the company responsible for the supply of electricity in the Braunschweig region, a company that has a fleet of modern electric and hybrid vehicles. The restoration was done with great care and dedication, and now the van is already circulating and will soon be officially presented. Here we already have an image.

The vehicle is powered by a 1hp DC electric motor and 40 volt batteries, with the traction to the rigid rear axle. According to the data it could reach 25 km/h and had a range of about 70 kilometers.

BS-Energy is delighted with the restoration and believes in the importance of saving old electric vehicles, as interest in them and in the history of the electric vehicle is growing.

In my book on Spanish "Silenciosos y Límpios" there is a story dedicated to the company HAWA.